HomeNewsEric Bischoff Grateful For SmackDown ‘Opportunity’, Says He’d Do It All Again

Eric Bischoff Grateful For SmackDown ‘Opportunity’, Says He’d Do It All Again

Eric Bischoff Grateful For SmackDown ‘Opportunity’, Says He’d Do It All Again 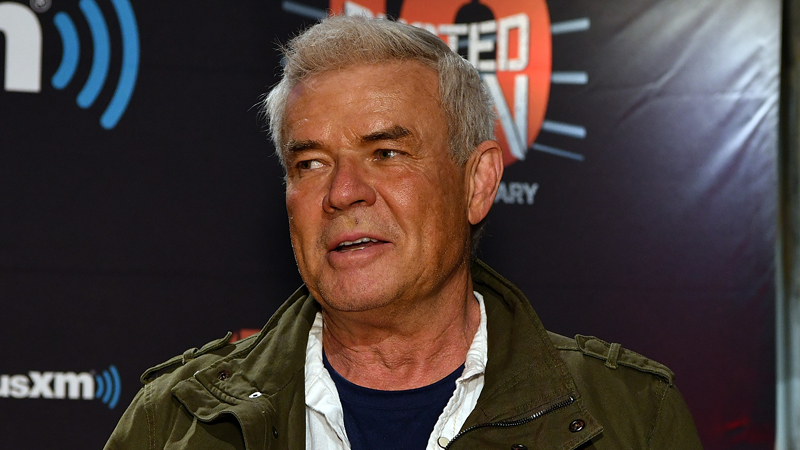 In this week’s episode of 83 Weeks, the now-former director of SmackDown Eric Bischoff commented on his surprisingly brief run with WWE. Saying that he never expected this to be a long term engagement, he was still surprised at how short it ended up. Still, he seems to be staying professional about the whole ordeal.

Eric also complimented the writing teams at both RAW and SmackDown, calling them “very talented,” “unbelievably hard-working” and “dedicated.”

WWE is a great company with a very defined culture and process and I didn’t necessarily fit into it and that’s just the way it is.

I’m not sad, I’m not disappointed, I’m not angry, I’m not any of those things. I’m just looking forward to the next opportunity wherever and whenever that might be.

He was also pretty amicable to the jokes on social media over the past week, asking about possibly selling an “83 Days” t-shirt to commemorate his recent run.

Finally, Eric continued to bemoan “the dirt sheets,” saying that he was very friendly with new SmackDown director Bruce Pritchard despite some reports. Eric states that he’ll remain in Stamford all throughout November, head to Florida to see family in December, and then head all the way back to Wyoming after that. Considering the severance package Easy E probably got on his way out, it’s not a bad way to spend half a year.

You can listen to the full podcast linked in the tweet below. The words about SmackDown crop up in the last ten minutes or so.

He lite the fuse that ignited a war that we still talk about today. @EBischoff & @HeyHeyItsConrad take an in-depth look at the career of #ScottHall