HomeNewsEnzo Speaks Out On Joey Janella, WWE Rumors, And Playing The Wrestling Game

Enzo Speaks Out On Joey Janella, WWE Rumors, And Playing The Wrestling Game

Enzo Speaks Out On Joey Janella, WWE Rumors, And Playing The Wrestling Game 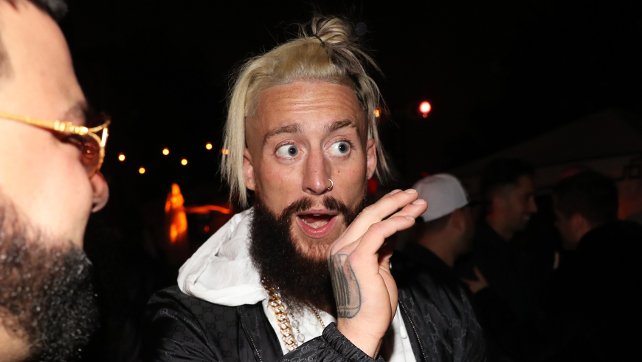 Devon “Hannibal” Nicholson had a quick chat with former WWE star Enzo Amore after a fan meet and greet in Albany, New York. During the Q&A, Enzo spoke about his noteworthy meetup with Joey Janella at a Blink 182 concert as well as the rumors that he was headed back to NXT at one point.

Regarding his “fight” with The Bad Boy, Enzo gives his take on the night’s events.

If you walk into a public place and somebody says they want to fight, screams that word at you, and you walk up to them with your fists up because you know they’re going to back up like a bitch, you know that you’re not going to get into a fight. I would never harm anyone in a public place, I just knew that I can make a quick example out of somebody and that’s what we call working.

Enzo didn’t seem to begrudge Joey Janella and AEW for spoofing the incident on their YouTube presence either. “That’s how you make money in my business.”

Speaking of, Enzo doesn’t begrudge WWE for the way he was let go from the company several years ago. He’s thankful for the opportunity to still make money off his name, but he “won’t be bullied.” He’s enjoying spending time with his family and making his own schedule, and he compares buying tickets to WWE events and making a scene to WWE “invading” WCW during the Monday Night Wars.

Finally, when asked about the rumors of an NXT return earlier this year, Enzo states that they came out of WWE rather than his camp. “I didn’t start any rumors. I do have confirmation that it was not me, it was somebody in their organization. My phone’s been ringing, I’m not saying it’s WWE, I’m not saying it’s the other organizations, I’m just saying I’m a free agent in the pro wrestling world.”

For the full interview, be sure to check out the video embedded below: