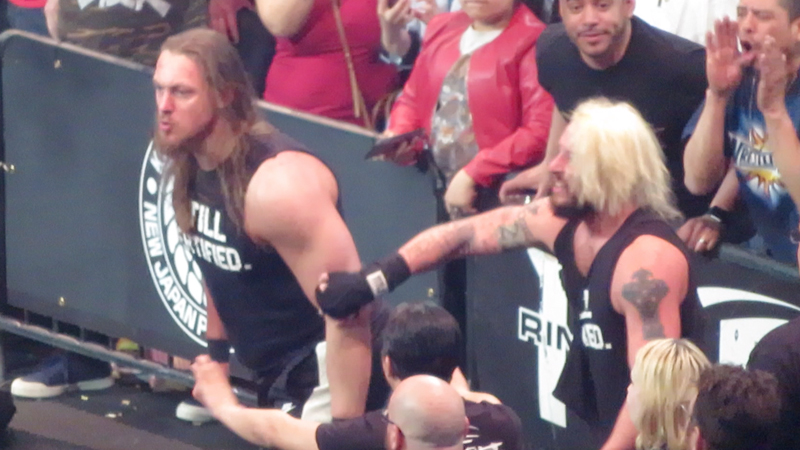 Enzo Amore was on Busted Open Radio this morning and he discussed Big Cass’ recent incident at an indie show and what he’s doing to help him out during this rough battle with depression. “I’ve got a friend for life in Big Cass,” said Amore. “When you’ve seen someone at their lowest and their highest, there’s a bond there. He [is seeking] help, and that to me is the number one thing that needs to happen. I know there was an incident that occurred most recently and it was because he didn’t reach out to somebody.

“Depression is a serious battle and people who are fighting it are just like me and you, and some are hiding it. You can act like everything is fine and all right, but I need people to know that Big Cass is in the same situation. He’s a big guy, a tough guy, but he’s vulnerable right now. He wants the world to know that if I can struggle with it then it’s okay for you to do so too. The number one thing you need to do when battling depression and anxiety is to be there for one another because the world can bring you down and I refuse to let it take me down and to take down my tag team partner. When Big Cass wakes up in the morning and he’s questioning why he’s alive, that’s something I can’t relate to but I have to understand.”

This morning, @real1 joined @BustedOpenRadio with @davidlagreca1 & @TheMarkHenry to shed some light on the status of @TheCaZXL and his mental health.

Make sure you check out the full conversation on today's #BustedOpenPod on @ApplePodcasts:
🔊 https://t.co/0ALMcb2DXx pic.twitter.com/PCd8q3t5mG