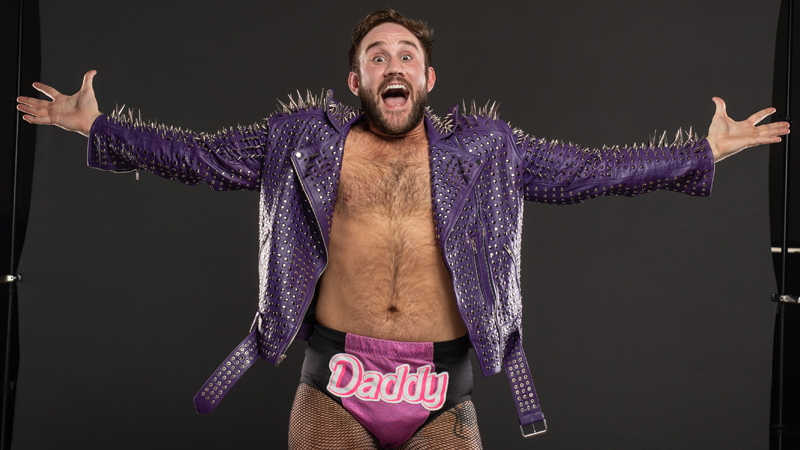 Get ready to dine with your Daddy.

Effy made a big announcement this morning, and “Effy’s Big Gay Brunch” is coming to Tampa as part of GCW’s The Collective festivities on Wrestlemania weekend.

The Collective will run in Tampa’s Ybor City from April 2-4, 2020; more details are set to be released at a later date, but this is sure to be one of the many highlights of the weekend. Last year’s GCW Collective featured 11 shows including IWTV’s Family Reunion, Josh Barnett’s Bloodsport, Joey Janela’s Spring Break 3, Part 1 & 2 and Orange Cassidy Is Doing Something, or Whatever, Who Knows???

Check out the event announcement below:

Related: EFFY On Striving To Be A Showman And Southern Wrestler, Inclusion At Wrestling Events

Effy recently spoke with Wrestlezone’s Kevin Kellam and talked about his character and the ‘secret’ to what Effy is. He talked about being a character that doesn’t have a direct appeal to what most would call “the standard wrestling fan” and says he isn’t exactly what he appears to be.

“When you see Effy out there and I’m in the fishnets, the ‘Predator’ armor—if you go watch the Predator movies they have the same fishnets on—and I’ve got sparkles on, and I’ve got this spiky purple leather jacket, and it all looks like fun and exciting, but I’m really a very old school southern wrestler. And I’ll do some things that are a little out of the blue for me, but if you really watch my working style,” Effy said, “I’m like a queer Tully Blanchard. We’re in there really working, so I think once real wrestling fans start actually watching me and watching me go, they’re going, ‘Hold on, there might be more than just the flash and dance and the flamboyance, there might be somebody in here whose actually working some old school wrestling. And that’s what I strive to be—both ends of that spectrum—the showman but also, we can get down and grapple when it’s time to.”

Read More: Effy On The Growth In Streaming Leading To A Growth In Creativity, Why The ‘Right Path’ In Wrestling Doesn’t Work