HomeNewsEffy On The Growth In Streaming Leading To A Growth In Creativity, Why The ‘Right Path’ In Wrestling Doesn’t Work

Effy On The Growth In Streaming Leading To A Growth In Creativity, Why The ‘Right Path’ In Wrestling Doesn’t Work

Effy On The Growth In Streaming Leading To A Growth In Creativity, Why The ‘Right Path’ In Wrestling Doesn’t Work 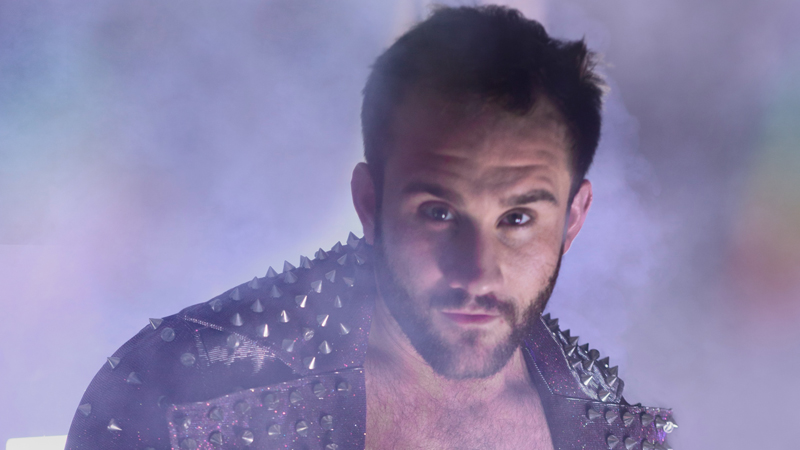 Effy recently spoke with Wrestlezone’s Kevin Kellam about the rise in streaming platforms and how much wrestling outlets have changed in recent years. Effy says different brands can blow up online nowadays because there’s more room for creative license to due a lack of network rules. “The sky is the limit for this kind of stuff. I think back to being a kid and, turning on UPN because I got the antenna cable to see SmackDown, and that was the only way you can get wrestling—now you’re watching wrestling on the internet all the time constantly.” Effy said. “Whether it’s with the WWE Network or other streaming services, or just YouTube, whatever it is.

“Now there’s no gate in front of your access to whatever kind of wrestling you want. The gate used to be there. As a 12-year-old, I used to want to be able to look up online the indie wrestling shows of the world. But now, the kids now that are not even 18 yet can get on and log on and stream and do stuff. So we’ve got this open world where, we’re not just thinking about who has access to a television, who can get television rights, who can get through the advertisers—we’ve opened this door to say, ‘Okay, whatever we want to put up, if people are interested in it, we’re gonna keep making it.’” Effy explained. “And it might get weird and it might get strange, but you get to see who follows you on that journey instead of worrying about getting to a network with advertisers and censors and everything else. So, the growth of this stream media has been a growth to creativity, but it’s also given us a platform that that is growing, but I don’t think has a ceiling.”

Effy also talked about the perception that there’s a ‘right path’ to success in professional wrestling, and how that idea has changed in recent years. He said that there’s two sides to an argument and the path to the top was set in the past, but wrestlers don’t need to conform to that ideology in today’s world. “There’s both sides of that. Independently, guys feel they have to take a certain path in wrestling because it worked for other people, where you work at [a chain of promotion after promotion] and you’ll probably get a tryout and you’ll work a few more promotions,” Effy said, “and you go back and you’re in NXT for a little while and there’s a system, right? Everybody knows the system. The system doesn’t work.”

“At the top of the system in WWE, they don’t really know how to get their own people over right now—not over like they used to be, not like they really were. The product is very over, the product is very financially great, but nobody is as really over as it was in the past. I think that the biggest star in WWE is WWE,” Effy said, “and then there’s the side of they’re taking a lot of Saudi Arabian money and [that country] murders gay people and journalists, and I kind of go, ‘I don’t think that’s the path for me.’ And then I look at the other side of the coin and I go ‘maybe there’s the better path. Maybe there’s a better situation going through an AEW, seeing if that would be interesting.’” Effy explained.

“I think I’d make pretty good TV. I’ve come up with a lot of crazy weird storylines. I think some of that stuff could take wrestling in the right direction, but then I go into the indies and I go ‘look, there’s no limit to what we’re doing.’ We’re going out and drawing big live crowds every weekend, attendance is up, and promotions you’ve never heard of are drawing a bunch of people. Promotions you have heard of are drawing even more people. It’s a good time to be in the indies and I look at it and say I don’t think there’s a limit here.” Effy said. “With the expanse of what media is right now—your Hulu, your Netflix, streaming services everywhere—there’s a lot of things that aren’t fully viable yet, but I think there’s a lot in the near future that will change the way we look at the financial path of wrestlers for what it takes to make their living.”

”There’s a lot of other portions of the wrestling business that can be put out on a bigger stage, shown in a storytelling setting that would make a lot of financial sense for people that want to see it.” Effy said. “I think we’re just starting to dig into the surface, and instead of looking at what wrestling has been in the past, we’re going to open the door to a whole new way of consuming the media of professional wrestling in its entirety.”

Related: EFFY On Striving To Be A Showman And Southern Wrestler, Inclusion At Wrestling Events