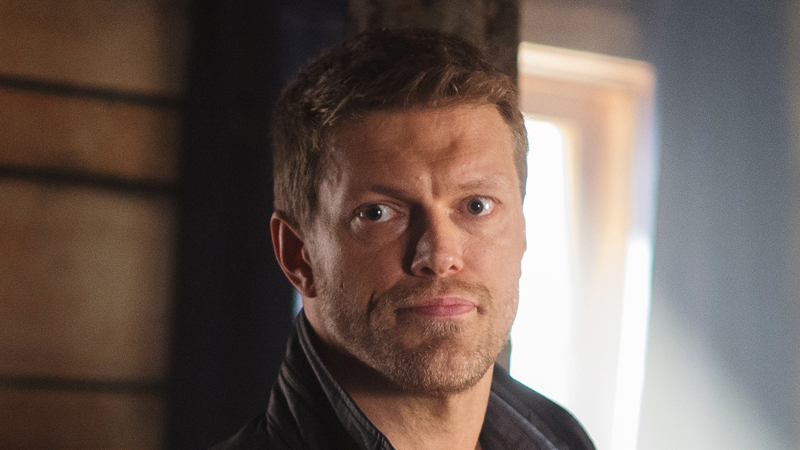 WWE Hall of Famer Edge is slated to be part of the final season of Vikings, which airs on the History Channel. The following details were sent out:

The 20-episode sixth season will air in two parts, beginning with a two-hour premiere followed by eight new episodes airing every Wednesday at 10PM ET/PT on HISTORY. The remaining ten episodes of season six are slated to air in 2020. Copeland will make several appearances across both halves of the sixth season.

Looking to venture into other areas outside of his two-decade-long wrestling career, Copeland (a massive “Vikings” fan) grew out his beard and wore period-appropriate attire to truly embody the historical figure. Fans first meet Copeland’s character in season five. In his opening scene during a battle of brawns, Kjetill is approached by Ubbe (Joran Patrick Smith), one of the sons of the late Ragnar Lothbrok (Travis Fimmel), who questions his return to Kattegat after venturing off with Floki (Gustaf Skarsgård) to establish a new simplistic community in Iceland.

The role of Copeland’s character reaches its climax when we see Kjetill transform from a solid family man who tried to remain level-headed in the face of challenges last season to a powerful warrior looking to protect his family and reputation at all costs in the upcoming sixth season. He will embark on a journey back to Iceland to uncover the mystery circling around Floki’s disappearance.

HISTORY’s hit drama series “Vikings” returns for its sixth and final season with a highly anticipated and powerful two-hour premiere kicking off Wednesday, December 4 at 9 PM ET/PT. For the past five seasons the Vikings have explored and conquered the known world, from early raids in England and the fierce battles of the Great Heathen Army to the heart-stopping death of Ragnar (Travis Fimmel), now the epic saga sails to monumental lengths throughout 20 compelling, definitive episodes.

Revenge, drama and chaos closed out the mid-season five finale. Ivar the Boneless (Alex Høgh Andersen), a self-proclaimed God ruling over Kattegat with alarming terror, charged his army into battle against his enemy and brother Bjorn Ironside (Alexander Ludwig). Unleashing a fiery guerilla warfare, the two brothers refused to surrender – blood, pride and the crown weighed too heavily on both of their shoulders. In the final moments, Ivar was forced to flee an imminent fate, disappearing into the darkness and securing Bjorn’s victory. Lagertha (Katheryn Winnick), reborn after experiencing severe delusions from the major love she’s lost, emerged to crown Bjorn as the new rightful king.

Season six returns following the battle between brothers which has left Bjorn victorious and a hero to the people who have been under the tyrannical rule of Ivar for so long. As the new leader of Kattegat, Bjorn struggles to fill his late father’s shoes as king, while facing several dilemmas and wrestling with the idea that power overshadows morals. Meanwhile, Ivar, searching for a new path to separate him from his past, is seen traveling along The Silk Road eventually leading him to Russia. He meets his match in Prince Oleg (Danila Kozlovsky), a ruthless and unpredictable Russian ruler, who shocks even Ivar with his merciless actions. While Lagertha has her own agenda – to live a quieter and less public life on her own farm, but new dangers lurk close to home. This season, the Vikings continue to take over Scandinavia as Ubbe (Jordan Patrick Smith) and Torvi (Georgia Hirst) travel to Iceland to uncover the mystery circling around Floki’s (Gustaf Skarsgård) disappearance and Hvitserk (Marco Ilsø) pursues his personal vendetta against Ivar.

HISTORY, a division of A+E Networks, is the premier destination for historical storytelling. From best-in-class documentary events, to a signature slate of industry leading nonfiction series and premium fact-based scripted programming, HISTORY serves as the most trustworthy source of informational entertainment in media. HISTORY has been named the #1 U.S. TV network in buzz for seven consecutive years by YouGov BrandIndex, and a top favorite TV network by Beta Research Corporation. For a deeper dive, visit history.com or follow @history on Instagram, Twitter and Facebook. For additional press materials visit the A+E Networks Press Center at http://press.aenetworks.com.

WWE’s YouTube channel has released this video looking at the scariest entrances of all time: