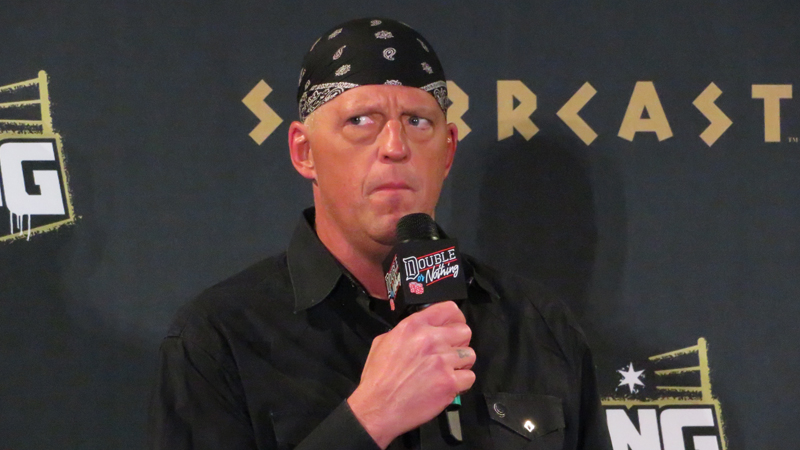 In the AEW Dark episode four opener, Sonny Kiss got to team with one of his heroes in Dustin Rhodes. The duo took on Peter Avalon and Q.T. Marshall, and wound up victorious. The win came after Sonny Kiss took out Marshall with a Meteora and Rhodes hit a Final Cut on Avalon for the pinfall.

The main event of AEW Dark was a triple threat between Darby Allin, Jimmy Havoc, and Jack Evans. The street fight wound up being quite wild as the participants used plenty of tables and chairs during the bout. All the weapons made the match feel like home to Allin, who would end up winning after he hit a coffin drop with a chair onto Havoc and Evans.