HomeNewsDustin Rhodes Talks His Legendary Dad Breaking Him Into The Business As A Referee, Getting Time To Tell Stories In AEW

Dustin Rhodes Talks His Legendary Dad Breaking Him Into The Business As A Referee, Getting Time To Tell Stories In AEW

Dustin Rhodes Talks His Legendary Dad Breaking Him Into The Business As A Referee, Getting Time To Tell Stories In AEW 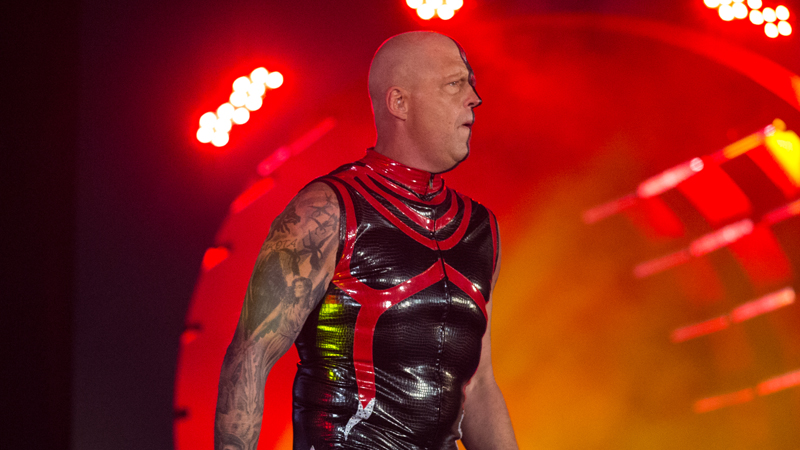 Dustin Rhodes had an interview with Bleacher Report to talk about what he’s looking forward to working on as a coach in AEW and “The Natural” shares his unique story as to how his legendary father Dusty broke him into the business as a referee. Some quotes from the piece are below:

Dustin Rhodes on how Dusty took him into the wrestling business via zebra stripes:

“There was a show the next day in Amarillo, Texas, about a six-hour drive from Dallas,” Rhodes says. “He said, ‘Go buy yourself a referee shirt, some pants and get yourself there.’ I drove there while he flew on a private jet with all his people. I get there and I’m reffing two tag matches.

“Reffing tag team wrestling is complicated. There is a lot going on, especially today if you look at The Young Bucks and the Lucha Brothers. Man, just how fast they are. It’s all a referee can do to stay out of the freaking way. The Midnight Express and Rock and Roll Express were like that, the two greatest teams I’d ever seen growing up watching wrestling. Now I’m reffing them. What an honor that is.”

“Tommy Young, the lead official, is sitting on the front row, and we’ve got a curtain sellout in the back and everyone is out there watching. Ricky (Morton) and Robert (Gibson) are in there laughing with me and telling jokes. Giving me hell. But I do the match and do everything I’m supposed to. I go down for the one, two, three and I stand up and I’m raising Ricky and Robert’s hand.

“At first the whole building is cheering, but then they start laughing. I’m worrying that I’ve screwed something up, so I look down at Tommy Young and he’s laughing his ass off too. He’s pointing at my crotch. So, I look down, and from the top of the pants down, everything is split. From the top down, basically the waistband is the only thing that didn’t tear. And I had nothing on underneath. My junk was hanging out there for the world to see. I look back at the curtain and they are all on the ground laughing.

“It was the most embarrassing thing that ever happened to me. I ran to the back. But nobody told me not to buy cotton pants. I needed some stretchable pants. So, that was me breaking into the industry.”

On what it will be like from an in-ring perspective in AEW:

“We will have time to tell stories and not be stuck trying to do a four-minute television match. That’s exciting to me, and I think I can help them learn how to be a babyface, how to be a heel, how to sell, how to tell a story. Put a big move over here instead of where they want to put it—and trust me on these things and trust that it will work.”

On what can make a successful promo for the talent in AEW:

“We’ll work out who the character is and figure out which way they think they should go, which way the company wants them to go, and find a happy medium. I can teach them to cut promos where they don’t need to be on a script constantly. We can hit some bullet points and make it their own. The key is stepping out of your comfort zone and taking a chance. Take a chance on making something cool. “