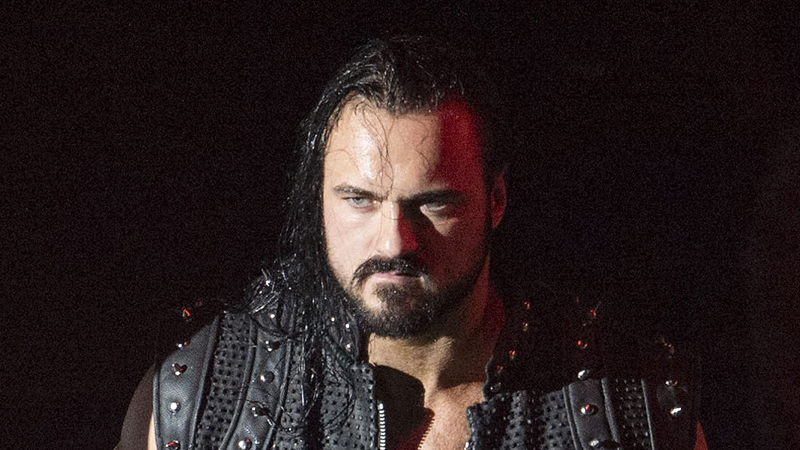 Team Hogan consists of team captain Roman Reigns, Shorty G, Ali, Rusev and Ricochet. The Scottish Psychopath said he’d give everyone a preview of what he’d do to Team Hogan at Crown Jewel.

TEAM FLAIR is complete with the final member…@DMcIntyreWWE! @RicFlairNatrBoy has his all-star team ready for #WWECrownJewel! #RAW pic.twitter.com/jbuB6mCN1a

Then Ricochet came to the ring to face McIntyre in a singles match. McIntyre overpowered Ricochet and controlled the match early on. The Scottish Psychopath grounded Ricochet at every turn. WWE’s resident superhero rallied but McIntyre’s power was too much for him. Ricochet persevered and nearly earned the victory with a springboard kick and a moonsault. The Scottish Psychopath clubbed Ricochet in mid-air and hit a buckle comb and a powerbomb for a near fall. Ricochet hit a superkick and slammed McIntyre. A Shooting Star Press got Ricochet a near fall.

McIntyre reversed a Recoil and dumped Ricochet to the floor. The Scottish Psychopath nailed a Claymore Kick for the win. After the match, McIntyre attacked Ricochet and slammed him onto the steel stairs.