HomeNewsDr Tom Prichard On Seeing An Opportunity For Stardom In Kofi Kingston, How He Became A ‘Doctor’

Dr Tom Prichard On Seeing An Opportunity For Stardom In Kofi Kingston, How He Became A ‘Doctor’

Dr Tom Prichard On Seeing An Opportunity For Stardom In Kofi Kingston, How He Became A ‘Doctor’ 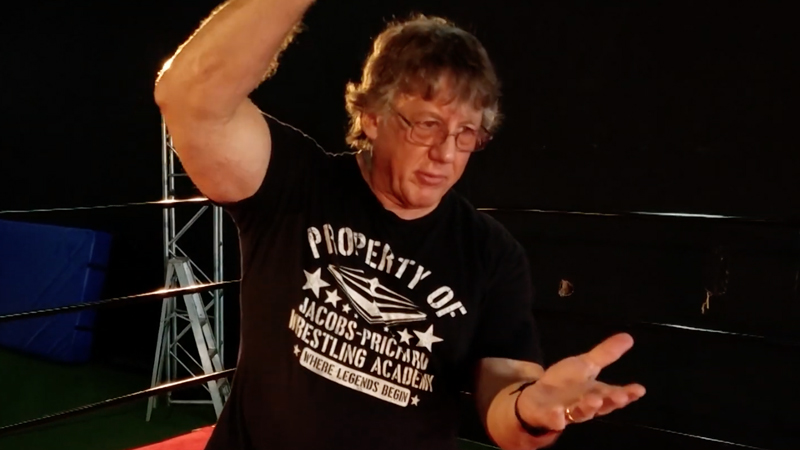 Dr. Tom Prichard recently spoke with Wrestlezone’s Bill Pritchard about his career as a wrestler and coach, which included training some of today’s biggest names including Kofi Kingston, the current WWE Champion.

When asked about Kofi’s recent success at the top, Dr. Tom says Kofi was “entertaining, athletic, and I always felt that he got it.” He added that while some might not have been able to predict how high Kofi could go, “he certainly had the opportunity for stardom,” adding Kofi had “surpassed that awhile back.” Prichard praised Kingston as “a pleasure to be around. I think he got it, he had a great personality, he was a hard worker, and understood what it took to get noticed. And that’s what he did, he applied himself.”

Prichard has been commonly called “Dr. Tom” by his colleagues and students, but some might not know the origins of that moniker. Prichard explained that Robert Fuller (aka Colonel Robert Parker) who gave him the name, noting that it was a gimmick during a wrestling show that ended up sticking.

“A guy who happened to be traveling with Robert and Jimmy at the time, wanted to be on TV, they put him on TV, he made them their doctor, they did an angle in Birmingham, Alabama one night, and the next week it showed and his face was front and center at the end of the show. Right after the show aired the very next day,” Prichard said, “Ron Fuller actually got a call from the FBI saying they were looking for this guy. So Ron says, ‘Oh he’s just one of these guys that comes in now and then, we really don’t know who he was.’ So they had to scrap the angle. And I had broke my leg a couple of years before in Louisville, Kentucky, and staying with Sherri Martel, her roommate was a nurse. They gave us some doctor pants to wear while I was staying with them. I was riding with Robert and Jimmy, and Jerry Stubbs to Panama City, and I was wearing the doctor pants right after the angle got scrapped. We stopped to get something to drink. And after I got out of the van, Robert looked at me and says, ‘Hot dog, you can be our doctor!’ And that’s pretty much how it worked.’”

Related: Dr Tom Prichard On Natalya’s Future As A Coach, Why The ‘Only Way’ In Wrestling Doesn’t Exist