HomeNewsDo We Really Want The Attitude Era Back Or Are We Dwelling In Nostalgia Too Much?

Do We Really Want The Attitude Era Back Or Are We Dwelling In Nostalgia Too Much?

Do We Really Want The Attitude Era Back Or Are We Dwelling In Nostalgia Too Much? 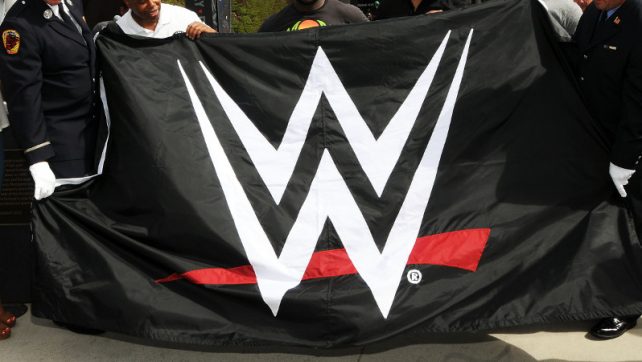 The recent Rusev-Lana-Bobby Lashley love triangle storyline has caused a lot of stir and controversy in the WWE Universe and seemingly within WWE itself. On the After The Bell podcast with Corey Graves, the commentator revealed his complete disdain for the storyline, sharing the sentiment with the vast majority, if not the entire WWE Universe.

When discussed on WWE Backstage, Renee Young called it a “polarizing” storyline. Polarizing is a term that WWE often uses when something or someone is very controversial and receives heavily negative feedback. Renee Young herself admitted to liking storylines of the kind, while Paige openly admitted that she hated the storyline.

If you were to ask the majority of the locker room, the chances are their reaction would be the same. But Renee Young brought up a very interesting point – fans have long been clamoring for The Attitude Era to return and to have some edge to the product and when things like this emerge, they complain. However, Paige was quick to point out that this may not be the kind of edge that fans are looking for.

This brings up the big topic of discussion – Do fans really want the Attitude Era back or is it just dwelling on nostalgia? After all, it was the hottest period in WWE history and the ratings were never higher before and have never been higher since. It’s hard to find an era in WWE where there are so many larger-than-life superstars concentrated into one period led by the two hottest box office draws in the industry (i.e ‘Stone Cold’ Steve Austin and The Rock).

Whenever there’s a hint of sleaze in any modern storyline, many fans are quick to remind others that The Attitude Era, the most beloved period in WWE history was filled with said sleaziness. While there were many great moments, a lot of the edgy product revolved around ludicrous storylines with ludicrous characters, something that just wouldn’t fit in today’s environment. Vince McMahon described the direction of the era as being a reflection of the times and in many ways, he’s spot on about that.

We must remember that this change in direction to The Attitude Era had a lot to do with the competition and WWF trying to get ahead. Changing directions to an edgier product help result in exactly that and even then, it was a very short-lived period – shorter than The Golden Era, The Ruthless Aggression Era, and even The PG Era.

The aspects that fans undoubtedly miss about that era, however, are the larger-than-life characters, the chaos, the consistency in programming, the must-watch feeling of every show and the organic rise and push of superstars. Of course, things were a lot different and the perception was a lot different as well, which is why they eventually had to transition into the Ruthless Aggression Era, which essentially served as a link-up between the Attitude Era and the PG Era.

While the ratings in the PG Era may have seen constant ups and downs, the fact of the matter is that it’s been WWE’s most profitable era by a mile. They knew that they had to change directions once more and with a superstar in John Cena on top, it was the perfect opportunity to change to a more PG Product.

This not only resulted in more families coming to shows, but it played a great role in WWE gaining a lot more sponsorship and even tie-ups with organizations that they previously wouldn’t have been able to. While there have been many years in the 2010s where the product has been less than good, what we have learned is that WWE doesn’t need to be edgy to have a good product. They spent years building up the brand as a PG product and in the long run, that’s the direction they’re going to go.

While there are undoubtedly aspects of The Attitude Era that made it a far more exciting time, perhaps some things are better left in the past. It was a product of its time and has aged well. WWE doesn’t need to go that direction again.