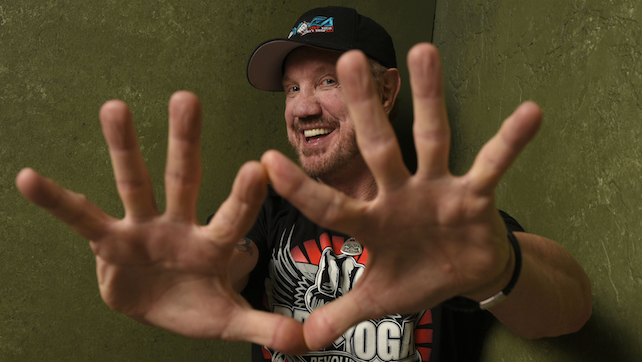 Cody Rhodes was supposed to make an announcement about his future, but he was interrupted by Chris Jericho and the members of The Inner Circle. “This isn’t like the other wrestling company we came from,” said Rhodes. “There isn’t some invisible wall here. I can come up there and we can fight right now.”

Jericho tried to bluff his way out of the scenario. “I know you’re a very smart man, so don’t do something stupid,” responded Jericho. “I know you’re not going to come up here because you’re a coward. You’re nothing more than an entitled millennial little bitch.” He then warned Rhodes that he had three members of his Inner Circle with him and that he was outnumbered.

DDP just came here to even the odds against the Inner Circle
Right now! Watch #AEWDynamite LIVE on @TNTDrama pic.twitter.com/BoF5ANu2pi

Rhodes received back-up in the form of Dustin Rhodes, MJF, and Diamond Dallas Page. The four of them started coming up the stairs and forced Jericho and his team to flee by locking themselves in the luxury box. Rhodes broke the window and then the eight men started to brawl inside the building.

IT'S ABOUT TO GO DOWN! Watch #AEWDynamite LIVE on @TNTDrama pic.twitter.com/aSsuP7RXul

Security intervened and Jericho yelled at them saying they were attacked and that he has tickets. Rhodes and his friends were then escorted out of the building.