HomeNewsDetails On Stephanie McMahon’s Memoir, Book To Be Published Next Summer

Details On Stephanie McMahon’s Memoir, Book To Be Published Next Summer

Details On Stephanie McMahon’s Memoir, Book To Be Published Next Summer 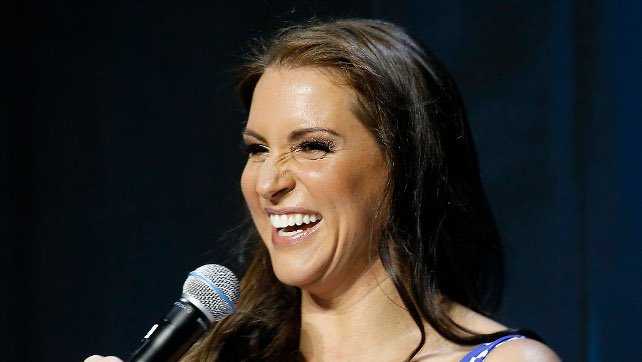 We will soon get to read Stephanie McMahon‘s take on the backstage ongoings of WWE.

Mike Johnson of PWInsider is confirming that Stephanie’s previously talked about memoir will be finally getting released during the summer of 2020. The title of the book will be UNREAL: Inside the Crazy, Fun Show Business World of WWE. Amazon has the book for pre-order with a release date currently for August 25, 2020. The description is as follows:

An entertaining, empowering and revealing memoir packed with never-before-told stories from Stephanie McMahon, the daughter of Vince McMahon, wife of Paul “Triple H” Levesque, and the Chief Brand Officer of World Wrestling Entertainment (WWE), one of the most powerful brands in entertainment today.

In the ring as one half of the powerful “Authority,” Stephanie McMahon’s on-screen life is full of drama, villains, heroes, romance and scandal. However, Stephanie’s on-screen life pales in comparison to the real story of the family behind the global entertainment powerhouse WWE.

This revealing memoir exposes her life growing up behind the scenes in WWE as the daughter of WWE Chairman and CEO Vince McMahon. It also uncovers the secrets of her tumultuous romance with her husband Triple H, the frightening FBI investigation that threatened her family, and the reasons Stephanie rose above the rest to become the company’s global brand ambassador.

Stephanie shares never-before-told stories of what it was like growing up in the shadow of the ring, and of the many WWE Legends who helped her grow into the woman she is today.

Now as WWE Chief Brand Officer, Stephanie is uniquely placed to shed light on the business behind the multi–billion-dollar entertainment company. Stephanie shares inspiring stories of her journey to the top, her successes and failures in the business world, and valuable advice for any woman working in a male-dominated industry. She is honest and candid about balancing her family life, including a marriage to WWE Superstar Triple H and their three daughters, with her intense, 365-day a year job as well as her on-screen bad-guy persona.

Stephanie McMahon’s memoir is like Lean In, with a “billion dollar slap”!