HomeNewsDarby Allin On Having Creative Freedom In AEW, How WWE Would’ve Mishandled Him

Darby Allin On Having Creative Freedom In AEW, How WWE Would’ve Mishandled Him

Darby Allin On Having Creative Freedom In AEW, How WWE Would’ve Mishandled Him 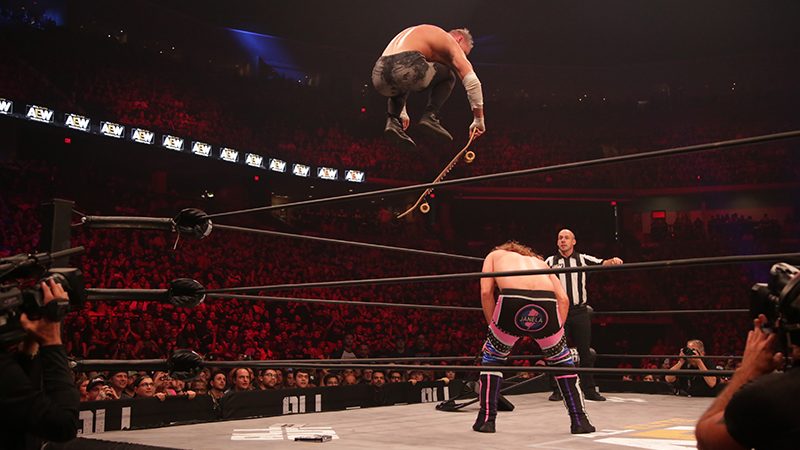 Darby Allin took part in a media scrum at Starrcast IV on Friday and was asked about the decision to join All Elite Wrestling over other wrestling promotions including WWE. Allin says he picked AEW because of “creative freedom, hands down” and spoke about how AEW asks him what he wanted out of his persona, where he felt WWE would have been telling him how he would be presented.

“I’ve said it before, a lot of people if they see me at first, they go ‘OK, he’s just going to…’ They don’t know how present me. AEW is like ‘how do you want to be presented?’ instead of ‘this is how we’re going to present you.’ It’s like, give me that creative freedom and I’ll do whatever the hell [I can].” Allin said. “With WWE, I said they probably would have made me like a creepy figure hanging out in a boiler room, jacking off or something. No, I’m fine. I want to skateboard and represent that culture. It’s a broader audience.”