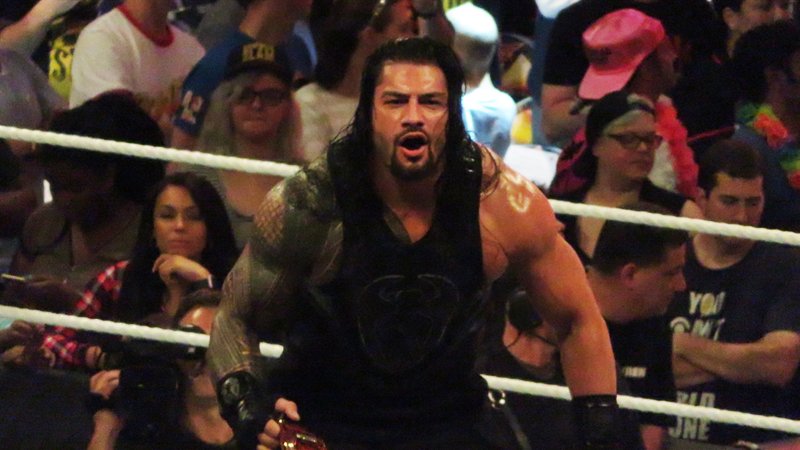 WWE Friday Night SmackDown was filled with some big moments, but did also set up some crucial teams going into Hell in a Cell. One of those unlikely partnerships were between Daniel Bryan and Roman Reigns, who came together as Bryan helped Reigns defeat Erick Rowan in a lumberjack match tonight.

Bryan – who was on the sideline during the match giving commentary – jumped into the ring after Luke Harper looked to help Rowan. After dropping Reigns with a monster clothesline, Bryan quickly rant to the aid of Reigns, delivering a flying knee to the face of Harper before getting grabbed by Rowan. Just before Bryan got attacked, however, Reigns delivered a nasty spear to Rowan, before claiming his victory following a Superman punch.

After the match, Reigns and Bryan stayed in the ring before sharing a handshake with each other. As the two prepare to head into a big match at Hell in a Cell, their partnership will be tested more than ever as they’ll take on the two behemoths they saw tonight.