HomeNewsDanhausen On Horror Inspirations And Influences, His ‘Nightmare’ Match

Danhausen On Horror Inspirations And Influences, His ‘Nightmare’ Match

Danhausen On Horror Inspirations And Influences, His ‘Nightmare’ Match 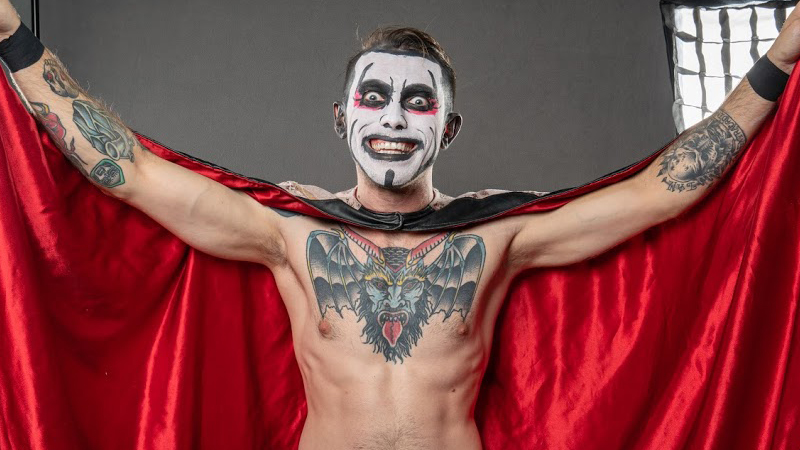 Danhausen recently spoke with Wrestlezone’s Kevin Kellam about the man you see on and off the screen taking hold of the independent scene. Danhausen gives the origins and inspiration for the persona, noting it came from being drained from wrestling and wanting to have some fun in the business. He said he was left mentally, physically and financially drained after years of being in the business, but he stopped doing what he thought people wanted from him and started taking more control of who he wanted to be.

“It was still a process, but it was definitely much more fun and better for me mentally this way. Like I said, I was burnt out. I just wasn’t looking forward to my shows anymore,” Danhausen said, “and now I’m looking forward to everything, but it was still like a building process from there. The make-up started and I then I kind of just slowly started adding layers and layers to it.”

Danhausen was asked what some of his horror movie inspirations for the character have been, and he says it’s a combination of several scary flicks that have come to play in his head.

“It was something I always kind of wanted to do just because I grew up with like watching horror movies and being around haunted houses with my dad and everything. He kind of introduced me to that world. That and comic books and everything so it’s kind of like all there,” Danhausen explained, “integrated, but the first time was—I think it was 2017. I did the They Live make-up at Southern Underground Pro. They kind of gave me the first go-ahead to just really, ‘Hey, come in and have fun. Who cares?’”

“You’ll see a little bit of Twins Peaks for sure, there’s influence there. Hellraiser, little bits and pieces of, there’s Psycho, there’s Texas Chainsaw, there’s a little bit of everything mixed in there.” Danhausen said. “There’s some Exorcist stuff, I kind of just like to mix it all.”

Staying on the horror brand, Kellam asked Danhausen who would be his ‘nightmare’ (instead of dream) match and the independent fright man gave a competitor he is quite different from, yet always compared to.

“Right now, I don’t even know if it’s possible, I see him on independent dates still, but Orange Cassidy’s number one.” Danhausen said they were on a show together before their respective careers blew up, but the ‘freshly squeezed’ AEW star is someone that fans have called his evil counterpart. “People on Twitter have been calling me the ‘Evil Orange Cassidy’ which I thought was funny. The ‘Dark Universe Orange Cassidy.’”

You can listen to the entire interview with Danhausen below: