HomeNewsDangerous Danny Davis On Not Being In Hall Of Fame, His Start In Wrestling, More

Dangerous Danny Davis On Not Being In Hall Of Fame, His Start In Wrestling, More

Dangerous Danny Davis On Not Being In Hall Of Fame, His Start In Wrestling, More 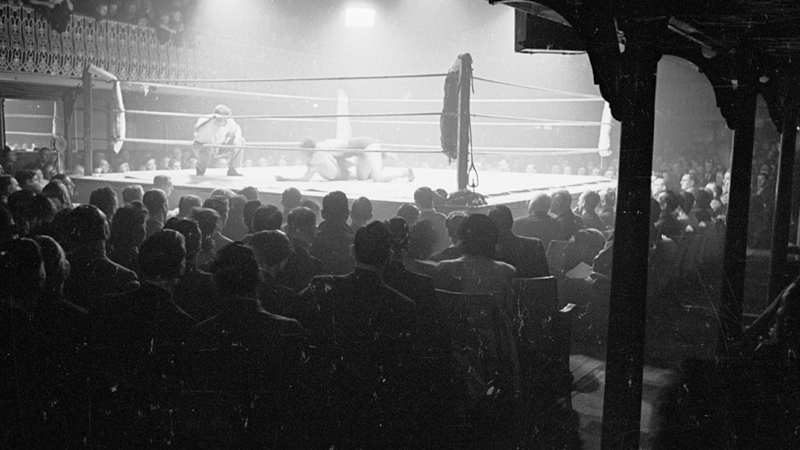 Dangerous Danny Davis talked to Ken Resnickand Bruce Wirt on VOC Nation Radio this week. Danny talked about his start in pro wrestling, his thoughts on the WWE Hall of Fame, and more. Check out the highlights below.

On his start in Pro Wrestling:

I went to a wrestling event, my sister brought me there and I watched King Curtis, Jay Strongbow, and Baron Scicluna just to name a few. I was hooked; I knew in my heart that someday I would be involved in that business. I followed through and I (worked) in every aspect of the business from putting up chairs, to putting up the ring, refereeing, selling tickets, collecting tickets, selling concessions, driving the ring truck, whatever it took.

On who came up with the corrupt referee angle:

Nobody ever approached me (ahead of time) about doing that (angle). One night they did that thing with me in Florida with the Bulldogs, and the next thing I knew I was Dangerous Danny Davis. I don’t know who or how it happened, but that’s how they decided they were going to change the belts. It was such a natural thing and it got over so big; I don’t think they thought the reaction would be that big.

On walking out to work WrestleMania III in front of so many people:

I had a dream to become a professional wrestler. I would have been satisfied to become Dangerous Danny Davis and do jobs. When you stepped through that curtain and got on that cart, there is no words to tell anybody how it feels unless they had a dream and that dream came true.

On not being in the WWE Hall of Fame:

They wait until you’re deceased so they don’t have to pay for your flight, hotel, and things like that. They do it posthumously, and that’s more and more the trend. There’s a lot of guys that should be in there that aren’t. I don’t want to wait until I’m gone to be put in the Hall of Fame; I’d like to enjoy it while I’m still here on the planet.

On how much he rehearsed what he did:

All of our interviews were off the cuff, you just did them off the top of your head. It was different than it is now. Back then, everybody got a break. They would put you in a position to do well, and Vince and the agents would be back watching. They would give them an opportunity, and if it got over then they went with it. If it didn’t, they would kill it. You didn’t go into an arena and practice your match, it was all off the cuff and you (had to) know how to work.

The VOC Nation Radio Network was born out of AM Radio in Philadelphia, and has grown into one of the most successful independent Internet radio networks in the world. Aside from Ken Resnick, current VOC Nation podcast hosts include former WCW star The Maestro, former TNA star Wes Brisco, and Pro Wrestling Illustrated’s Brady Hicks. Listen to the entire episode below.