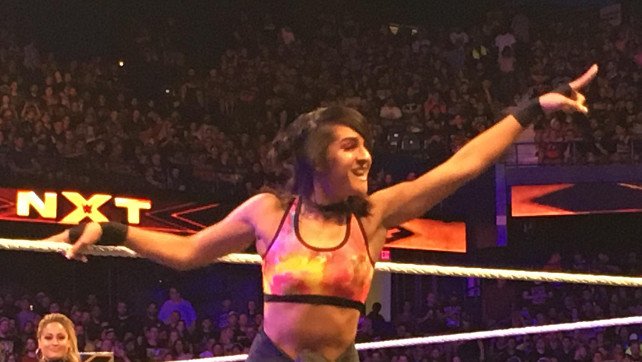 You know what they say about wrestling. Card subject to change. During WWE’s The Bump earlier today, WarGames team captains Shayna Baszler and Rhea Ripley chose the majority of their WarGames teams. Shayna recruited Io Shirai and Bianca Belair, while Rhea brought in Tegan Nox and Candice LeRea.

Neither captain chose to pick Dakota Kai, despite Team Kick partner Tegan Nox getting a nod. Shayna went as far as to say that Dakota was a wasted slot. She did not take that lightly.

Oh @QoSBaszler, I’m a wasted pick? I’ll prove to you… AND I will prove to @RheaRipley_WWE that I should be on her team. @QoSBaszler maybe there was a time I was afraid of you, but NOT ANYMORE! I’ll prove it tonight.

Despite previously being advertised for a match against Rhea, Dakota will now take on the NXT Women’s Champion on NXT tonight. She’ll certainly turn some heads if she can take on the yellow and gold brand’s unstoppable champion in a competitive match.