Welcome to another installment of Collector’s Corner! Today we take a look at the brand-new Mattel WWE WrestleMania 36 Battle Packs! These are currently available on RingsideCollectibles.com where you can SAVE 10% with discount code MBG at checkout!

While this series is themed around WrestleMania 36, being these will release in stores closer to then, the set features matches from past Manias if you’re confused at all.

The packaging on these is nice. I like the color scheme as it will stand out compared to other Battle Packs and WWE figures in general. There’s large imagery of the wrestlers on the front and back, which is very eye catching. Not to mention some brief insight about the designated match on the back as well the other sets in the series.

This is probably my favorite of the three sets as it’s the most “flashback” of the three. It’s from the time I was growing up a bit and just reminds me of collecting action figures as a teenager. If you missed out on the previous Flashback Randy Orton figures I recommend picking this up for him. The Rey is really nice too as it’s pre most of his tattoos like he has now.

Both figures look great for Basics as they’re pretty highly detailed and have most, if not all, of their tattoos from that period. They also come with a Mania 22 chair, which is a neat accessory and will probably be highly sought after. The articulation lacks of course but that’s how Basics are these days unfortunately. Besides that I think the set is nice.

Team Hell No looks great, but is not the most exciting of the three sets as these are figures we’ve already had and several at that. They, of course, are updated with better printed head scans of older scans as well as lack articulation they had in the past. Besides those things they look nice and if you missed out on them before then this is a good set to pick up for that reason alone.

Their attires are pretty detailed, which is nice and they of course come with the WrestleMania 29 chair, which is cool, too. As said they’re not the most exciting figures but still a nice more recent throwback if you were into this team and want some newer figures of them.

This set is ok in my opinion. We’ve gotten a lot of Drew figures lately to the point they all start to look the same since his outfits don’t change all that much. This one comes with the hair in his face scan, which looks a bit odd on this figure to me. I’m not sure if the figure looks scrawny that the head looks large or what, but at least the figure differentiates from his other Basics that recently came out.

Roman on the other hand does look like his other figures, but the scan looks really nice. I like the full beard they put on him, too. His tattoo is of course highly detailed but his attire lacks some design work here and there. Regardless, if you have one Roman you pretty much have them all. This set does come with the Mania 35 chair, which is a nice bonus if you already have many figures of these two guys.

Overall this series is ok, not the most exciting but it has a few nice figures in it if you like these superstars. As mentioned earlier you can get these currently on Ringside otherwise you’ll probably see them a lot closer to WrestleMania by the time this stuff surfaces at retail. I highly recommend the Rey/Orton set as I think it’s a really fun flashback of two current guys. 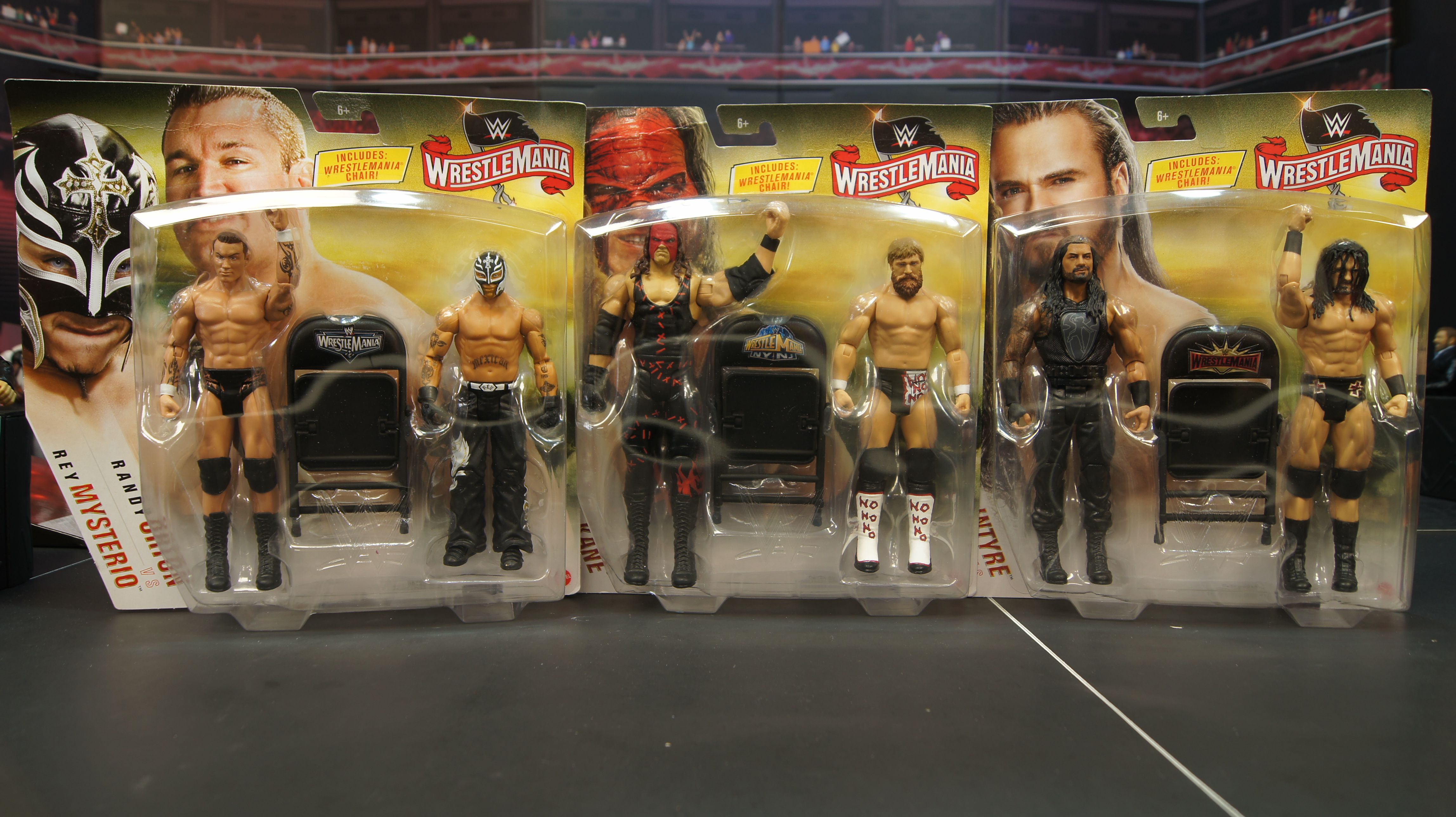