On this week’s installment of Collector’s Corner we take a look at none other than the new Mattel WWE Series 102 set!

These are currently available over on RingsideCollectibles.com where you can SAVE 10% with discount code MBG at checkout!

This set features the new style Basic packaging for 2020 with the red, white and black design scheme. It’s a very slick look and will stand out on the shelves compared to other toy lines. Each box showcases an image of the wrestler followed by their name and series number as well as all whom is in the set on the back like previous packaging.

Corbin is one of the more sought after ones in this set even though this set is pretty stacked for a Basic lineup. Collectors seem to really like this figure minus the fact his hair is so dark, but Mattel clarified that the images they based this figure off of had hair before he went fully bald. Regardless that he had hair, it wasn’t quite as dark as it is on the figure but if it bothers you that bad you can always remove it with acetone.

Besides the hair issue this figure is very nice. He has a ton of detail on him besides some new molding, like his sleeves and vest. He has his tattoo behind his right ear as well as on his left arm, which is a nice attention to detail for a Basic figure. Overall, this figure is really nice and I’m sure we’ll be seeing an Elite of him soon. I’d be shocked if we didn’t and shockingly enough we haven’t seen one yet. This is a great placeholder in the meantime though.

Now these figures, both the regular version in green and the Chase in black are awesome. These are Drake’s very first action figures and the head scan looks fantastic. It’s too bad they’re Basics but they’re still very nice. Mattel went all out on them, too. They had to sculpt an all-new body considering he is so short and wore quite an elaborate outfit that these are based on. He’s sporting a super detailed AOP vest with his name on it I might add. He also has new glove molds I believe and has some knee pads over his knees.

Overall, both figures are really nice. The regular version is nicer in my opinion since you can see a lot more detail with the colors, but both are really nice. You can get either version over on Ringside if you’re interested. I’m more than likely going to make a suited version as well for him.

Rollins is also a really nice figure in the set. He is wearing his Thanos attire minus the infinity stones on his boot that he had. He’s sporting an all-new head scan as well, which looks pretty nice. Collectors were annoyed this was a Basic than an Elite but hopefully Mattel will give us the highly desired Elite treatment of this figure down the road. The detail on this figure regardless is very nice as well, which is great for any Rollins fan. At least this one sticks out compared to a lot of his other figures.

This figure is pretty good. It’s not Miz’s most exciting attire as the details are very faint on it, but the head scan is his latest one and it looks just like him. The detail in his stubble on his face is really nice. If you’re a fan of him this figure is pretty awesome for any collection and I’d recommend it, even if you just want his newest head.

Lastly we have Jeff Hardy and this figure is very nice. The face paint looks really awesome as they went all out on it for this blue attire of his. If you’re a fan of his I highly recommend picking it up as the likeness looks great and the design of it overall is just nice as a whole. His figures are always fun and unique as they’re so colorful and this one fits in just fine with the others.

Overall, this is one of the better Mattel WWE sets in awhile in my opinion. It’s just a great lineup of superstars, some we haven’t seen in ages or at all, and just some cool attires at that. Be sure to pick them up over on Ringside if you don’t want to wait for stores to get them as who knows when that will be. 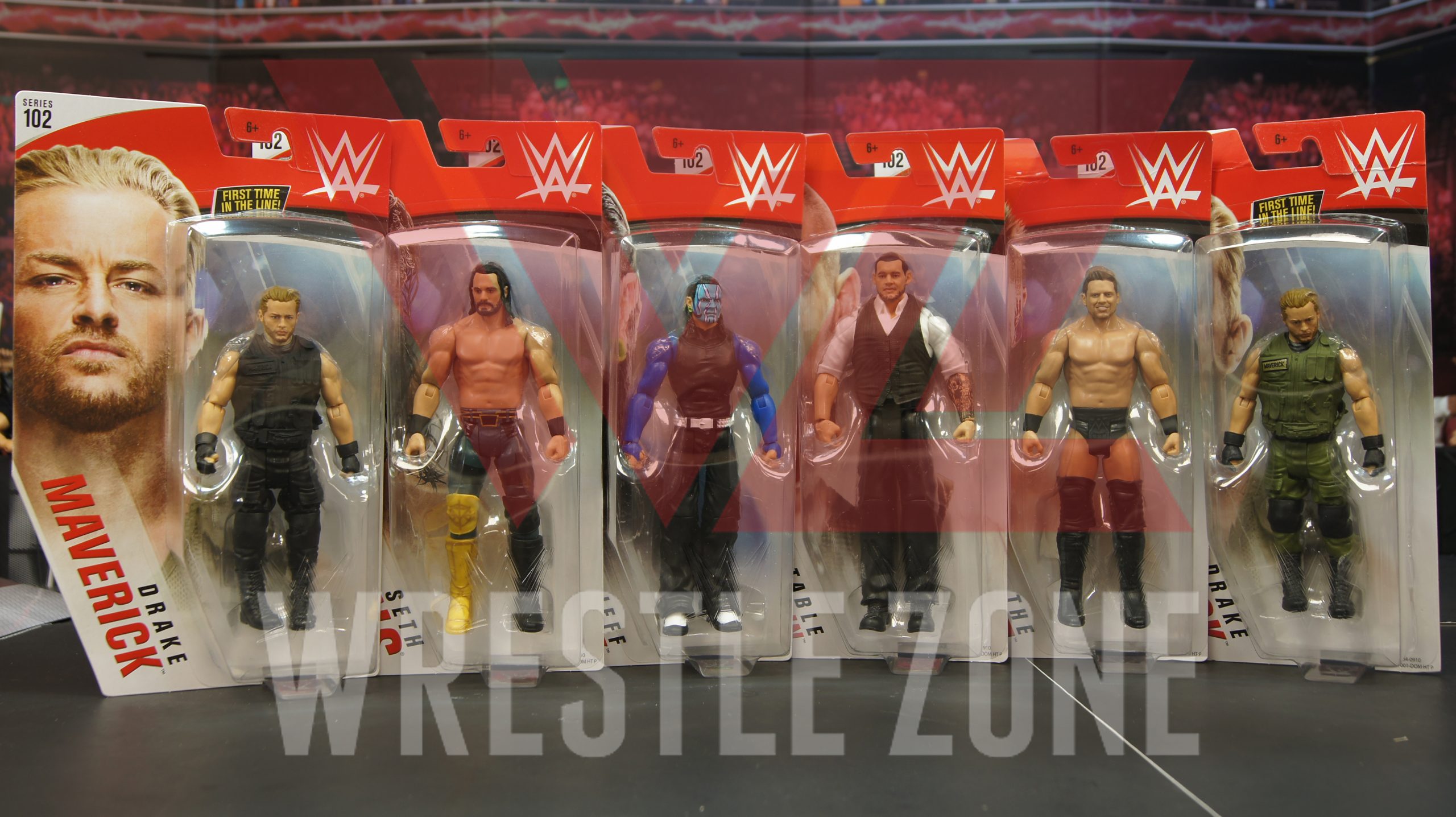