This week we take a look at the brand new Mattel WWE Battle Packs 62 set! This set includes:

You can currently get these over on RingsideCollectibles.com and SAVE 10% with discount code MBG at checkout!

This set represents the new packaging for 2020! You can see the new color scheme with the red, white and black designs. Each box showcases whichever wrestlers it comes with with images of them on the back, their names on the front and also the others in the set with them. Weapons and accessories have also finally returned with these, which is great for collectors! Now if only the original Basic articulation returned everything would be golden.

Akam and Rezar have all new Basic-style figures in this set with new leg molds that mimic their latest Elite figures. They also showcase their latest head scans from their Elites, which look great. The detail on them is quite nice for bulky Basic figures, from their tattoos to the logos on their attire and what have you. It’s interesting their box only says AOP rather than Authors of Pain. That could be that their name isn’t very PG-oriented for retail or simply just to reduce the amount of text? They also come with two kendo sticks, one that is normal while the other is post-match, which is a really cool accessory we’ve never seen before.

Overall, they look great for Basics. Very meaty figures like they are in real life. If you’re a fan of the team I’d recommend picking them up even though they’re pretty irrelevant right now, but hopefully we’ll see them again soon!

This set features Nakamura and Rey in newer attires, with Rey having his newest head scan as well with the Trojan-type design along the top/back. Nakamura is in his black and red attire with a black/red armband, something we haven’t seen in multi-color yet on his figures, while Rey has his newer Basic body mold in his purple attire. Rey is super detailed with all of his tattoo work followed by the designs on his tights. His newer head scan is pretty nice, too. They also come with a dull, painted version of the United States Championship, which is a nice accessory considering Basic belts used to come unpainted.

Overall, this set is pretty nice. Both guys are typical peg-warmers though so I don’t see this set doing too well, but the fact Rey is very current is a great bonus as we’ve only seen a lot of flashbacks of him lately. Rey is also very skinny in my opinion as he should be a bit thicker but other than that he looks great. Nakamura at least has a somewhat different color scheme but we’ve seen so many red figures of him lately it would be nice to see some more of a different color.

This will be the most sought after one in the set being this is Zelina Vega’s very first action figure and it looks awesome to say the least. Zelina is very detailed with the tattoo on her back to the gold and burgundy attire she’s wearing. She has her long hair down her back as well, which restricts moving her head just a little bit. Her likeness looks fantastic, which is great. Andrade features the same head scan as his NXT Elite, but this time is wearing an all-blue attire with white kickpads and blue kneepads with his logo on them. Andrade comes with a removable luchador mask, which is a really cool accessory. It fits snug over his face and his ponytail sticks out just to make it easier to remove. Zelina on the other hand comes with a WWE microphone.

Overall, this set is very nice. The mask and Zelina figure really make this set worth it. This Andrade has his updated scan, too, compared to his previous Basic figure from the NXT line awhile back, which is nice if you want a more current version. I recommend picking this up as I’m not sure when we will see another Zelina figure anytime soon. 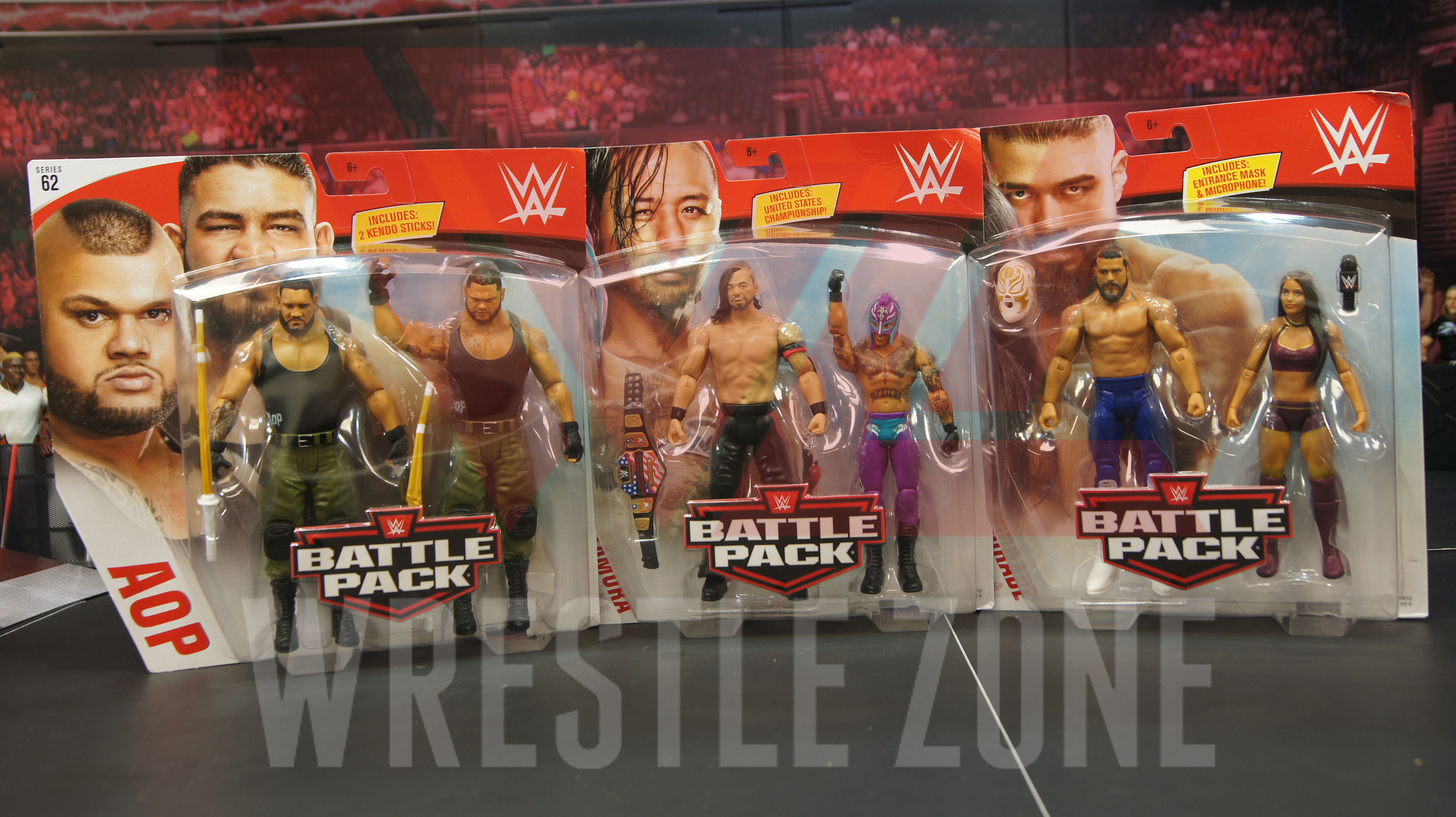