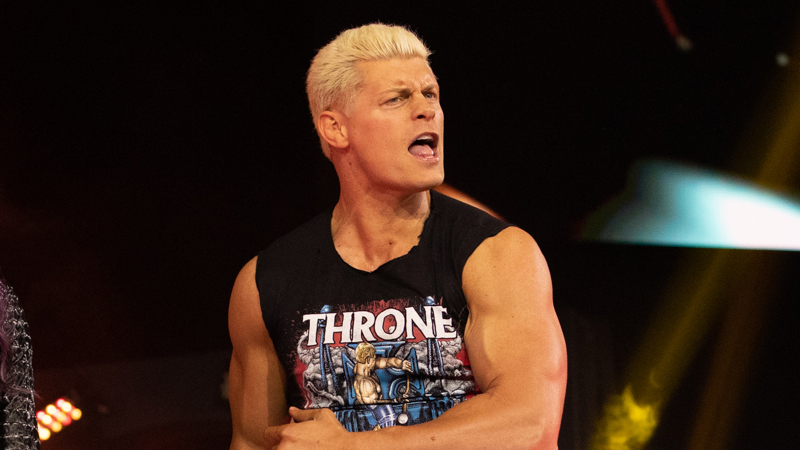 Why DC was the right place to debut AEW: Dynamite:

In 2019 you get all this great data about who’s watching on Bleacher Report, who is ordering on PPV, and DC was a total heat magnet on the charts. People in the area are very into AEW so it worked out perfectly. Plus, Capital One Arena is a statement arena. It’s not small pickins by any stretch of the imagination, it’s the real deal. If you’re going to make it, that’s the place to make it.

Listening to the fans in and out of the ring:

That applies to the overall brand as well, that applies to social media, that applies to the fans there in attendance and the fans watching at home, what they liked. Last week I put out a statement on my social media channel saying “give me the feedback.” If anyone can take it, I can take it. The good, the bad, the why, everything. I want to know because we’re not going to pretend we have all the answers. I got a great education for wrestling and I’m excited about these shows we have ready but I’m ready to hear what the people think too.

Fans have driven everything behind AEW:

They’re the reason! They’ve been hungry for something for almost 2 decades and we were the lucky guys who said “oh, I think we can do it” and put it out there first. And now we can go full-tilt boogie with it, with Wednesday Night Dynamite being on a major network, with wrestling having an alternative. It’s a beautiful time.

AEW Talent should talk about everything with the veterans/coaches:

I think you’re foolish if you’re a young, hot upstart and you don’t take the time to ask Jim Ross what he thinks. Even if it’s about the simplest of things like what you should do on your entrance to what you should call a maneuver to what you think of this match.