HomeNewsCM Punk Says He’s ‘Open To Anything,’ But ‘Not Interested’ In Wrestling, Confirms WWE Backstage Tryout

CM Punk Says He’s ‘Open To Anything,’ But ‘Not Interested’ In Wrestling, Confirms WWE Backstage Tryout

CM Punk Says He’s ‘Open To Anything,’ But ‘Not Interested’ In Wrestling, Confirms WWE Backstage Tryout 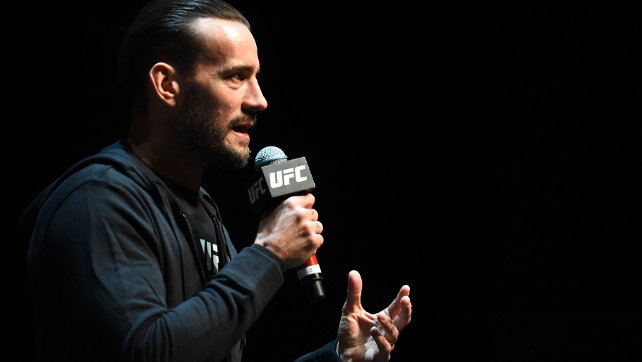 In an interview with Collider earlier today, CM Punk confirmed that he has auditioned for an on-screen role on WWE Backstage, the FOX studio talk show hosted by Booker T and Renee Young. He also confirms that he’d be working directly with FOX on the project through his agent and has no current involvement with WWE.

Punk remains firm in his statements that he doesn’t want to wrestle anymore, saying that it holds no interest for him. However, everything else is seemingly on the table.

I’m very much in the position in my life where I’m like ‘Well, talk to me.’ I’m open to anything, and if they come at me and they’re like ‘We want you to wrestle’, I’m not interested. I’ve grown so much as a person and I look back at all the stuff and I don’t need it. I don’t need the confrontation and I don’t need the drama. I’m a businessman, but I put my morals and integrity above business deals. If you want me to do anything, talk to me, but don’t waste my time.

Punk soon laments talking openly about his dealings on a live broadcast, before talking about his thoughts on FOX’s deal with WWE.

FOX spent a lot of money on getting the rights for, what I understand, just SmackDown. I thought it was the whole thing, I thought they were getting TV rights for WWE. So what did they spend, $4.5 billion? That’s a lot of money. To get that, I guess they’re looking at ratings still dipping, but that’s been happening for 20+ years.

When I was there and on top, RAW was getting a 3.8 and I was getting blamed for it. Now they would f*cking kill to have a 3.8. So, my agent just called me and said that FOX is throwing a lot of money at this because they spent a lot of money and they have to make it work.

As for his work on Backstage, Punk confirms that it’d be similar to his work with Cage Fury Fighting Championships. He says that he loves Renee Young and that he’d both act like a professional and continue to speak his mind if the product isn’t up to snuff. At the end of the day, the goal of the show would be to present WWE as a sport in the same vein as similar shows for the NFL.

You can see the full wrestling portion of Collider’s interview with Phil “CM Punk” Brooks in the video embedded below: