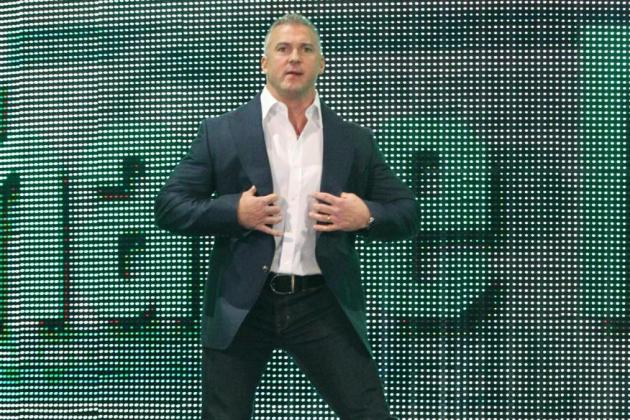 Chuck Liddell was interviewed by Conor Casey of ComicBook.com in hype for his new WWII movie, D-Day which is set to make a run in theaters soon. “The Iceman not named Dean Malenko” talks his new passion for acting, his retirement from mixed martial arts and shares of the story of the time Shane McMahon brought up a potential WWE run with him. Liddell doesn’t totally rule out that career venture and you can read some of Casey’s chat below:

ComicBook: What attracted you to this role and this project?

Liddell: You know, it’s the 75th anniversary of D-Day coming up. Well, when we shot it [June 6, 1944], it was coming up, but it’s past obviously. They sent it to me, I read the script, I thought it would turn out well. I think it’s a good job, it’s an action packed film. It’s a good story and a great part of our history.

How do you get inside the head of a commanding officer for a role like this?

That was the hard part. You’re trying to put yourself in a place where you know you need to get this done. It needs to be done, and you know you’re sending these guys out on a suicide mission pretty much.

It’s got to weigh on you. “I need to get this done. I need to send these guys, but most of them probably aren’t coming back.” That’s a hard decision to do that. I liked that about the story, that it shows you that the humanizing thing that shows you about how harsh reality of war is. These men and women who are serving out there are required to make sacrifices like that all the time. They’re protecting people that they care about, you know.

During an interview you did with Larry King last year leading up to the Ortiz fight the subject of WWE came up. At any point during your fighting career did Vince McMahon ever reach out to you with an offer to wrestle?

No. Actually, I used to hang out with Shane McMahon every once in a while, we would go out and party sometimes. Good dude. And he said ‘If you’re ever seriously interested about coming over we should talk.’ But, you know I never really… I love fighting and I love being in real fighting and I mean I got nothing against WWE. I wouldn’t mind doing that now too. It’s just acting, going out and doing the acting. That’s more like acting. Those guys, they’re very, it’s a lot of training for those guys. Those guys do some pretty impressive things in the ring as far as… I mean it’s all staged, but it’s still you know, it’s not easy.

One of the things I’ve always had with that sport too, is… the difference between my sport and their things, see you’re putting your trust in the other guy not to hurt you. Surrendering your body to him. Like, throw you and hope he doesn’t hurt you. In my sport, I’m responsible for you not hurting me. I like having the responsibility on my end not yours.