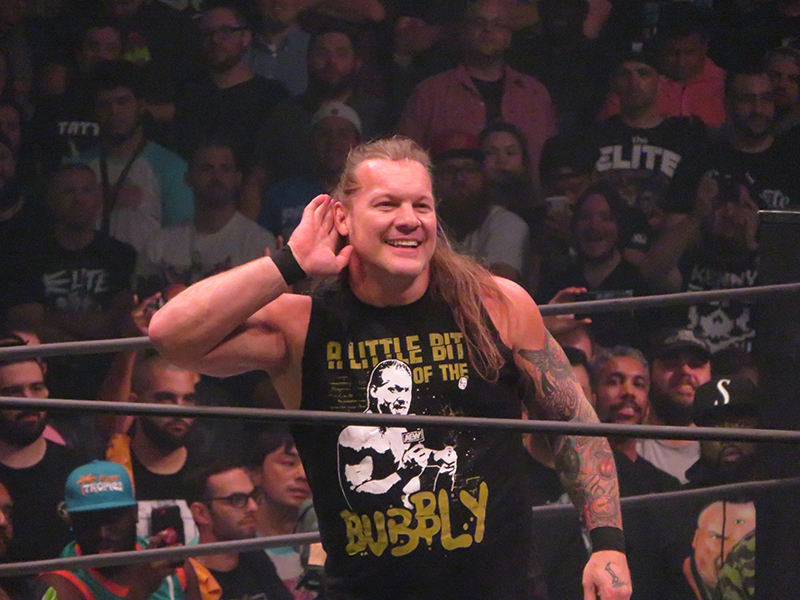 The AEW Dynamite main event was a star-studded affair as Kenny Omega and Adam “Hangman” Page took on Chris Jericho and Sammy Guevara.

The babyfaces were in control early as Omega and Page cut-off Guevara and were able to overpower the smaller wrestler. However, some interference from The Inner Circle’s Jake Hager gave Guevara second life after Hager attacked Omega. Jericho then found himself the legal man and started attacking Omega, who was able to get Page in after a hot tag.

Even more interference would happen as PAC landed a low blow on Page and Chris Jericho hit the Judas Effect for the win.

.@BASTARDPAC came to put a sneak attack onto Hangman Adam Page before #AEWFullGear this weekend! pic.twitter.com/WWdidSyW4W

The Inner Circle went to attack their opponents after the match when Cody Rhodes ran down and got them to evacuate. MJF then used a chair to take out Hager and Jericho and Rhodes hit his finisher to get us ready for AEW Full Gear. The chaos wasn’t over as Jon Moxley then came down with a baseball bat as everyone brawled outside. Omega then got a barb-wired broom and the two got attacked by Santana & Ortiz, who were then taken out by the Young Bucks. The show finally ended with Matt Jackson leaping off the stage and taking out multiple Inner Circle members who fled afterward.

Basically, everyone attacked each other in the most ridiculous and overbooked way possible.