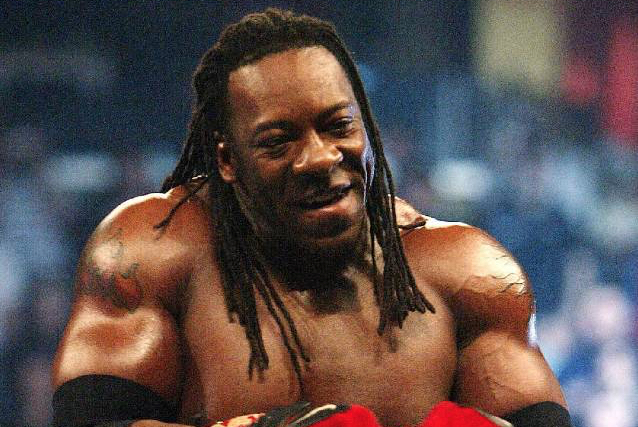 Chris Jericho recently joined Booker T on the Reality of Wrestling podcast, where the two old friends discussed a wide variety of topics. Towards the end of the episode, however, Jericho recalled a funny story regarding Booker T taking a “bump” from a hoverboard. According to Jericho, Booker was riding around on a hoverboard and took a spill while Jericho was watching.

“I always love seeing Booker, I saw him a few times this summer, we did Tough Enough together, and then I did the surprise guest thing and I was finished, I came through and I see Booker, so I go talk to my friend,” Jericho said. “And he’s like, you know, six or seven, or eight inches taller than usual…and then I look and he’s standing on one of those motorized skateboard things. After Booker briefly interrupts to say he calls the device a “T Glide,” Jericho continues the story, recapping how Booker was headed to his car before suddenly falling down.

“So I talk to him for a bit, congratulate him on the TV show, for Reality of Wrestling, and we talk for a little bit more, and then he’s gotta go. So I’m talking with somebody else, he’s coming down the rampway…and then I look away and talk to Pat Patterson for a second, and I look back up and Bookers fallen on the ground.” he said with a laugh.

Booker once again quickly joined into the story to explain what happened, saying that the battery was dying as he was headed to his car, and locked up while he was riding it. “The battery went dead, it locked up on me, I took a bump,” he said, jokingly. “I did not fall, I took a bump, there’s a difference between taking a bump and falling down, I’m a much better athlete than that.” The story ended with Jericho and Booker laughing about how it was the best bump he had ever seen, so clearly Booker isn’t too mad about the incident, and can look back on it with a laugh.