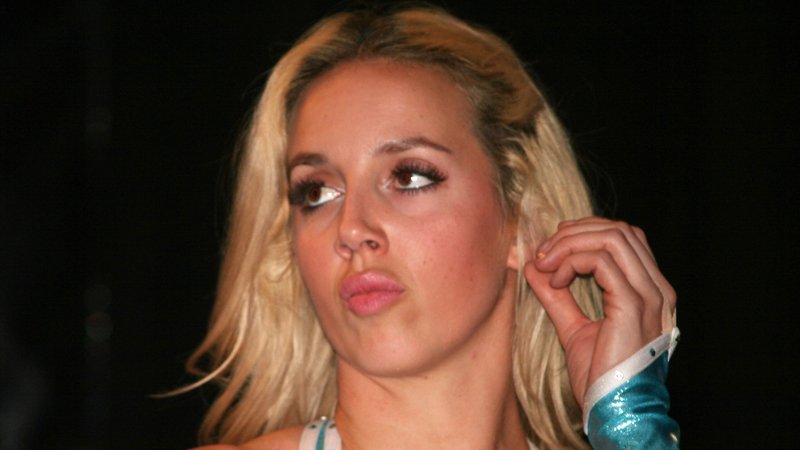 In a chat with Women’s Wrestling Weekly’s TK Trinidad, NXT’s own Chelsea Green spilled the beans on how she ended up in NXT after showing up in Lucha Underground and the infamous All-In PPV. In Lucha Underground, Chelsea says that she was one of the lucky ones that didn’t have to sign a contract.

I wasn’t willing to sign my life away. I was 27 years old and I didn’t want to sign a 3-7 year deal and that’s what I was being offered. I felt so lucky because I kept jumping back and forth in my head, “Do I do it or do I not?”. Any girl in the wrestling industry would jump at that opportunity but I knew that there was something else around the corner for me and I wanted to wait.

Later, Chelsea popped up as one of the participants in a four corners match at All-In against Tessa Blanchard, Britt Baker, and Madison Rayne. “It didn’t matter who won or who lost. NOne of us cared. We all planned the match and we didn’t plan a finish and we waited and waited. We got the finish that day. We were so excited to do this and it was us four and everything went off without a hitch.” Chelsea then revealed that she knew the night of All-In where fortunes would take her. “I knew that All-In would be my last indie match. I couldn’t tell anyone so I told a few people but I really just wanted to let everyone know and in the crowd but I obviously couldn’t.”

Going into the Performance Center after All-In was difficult, but Chelsea made it work. “All I could do was try my best. The first day at the performance center they put me straight into a class and straight into training. No orientation, nothing, and I was the only girl starting that day.” As for the future, Chelsea has one dream opponent in mind. “Someone I want to work in the locker room here, would be Rhea Ripley. I’ve never worked her. She’s so strong. She can base. She can do it all. I really think she’s going to be the next big thing.”

You can watch the full episode of the Women’s Wrestling Weekly podcast in the video embedded below: