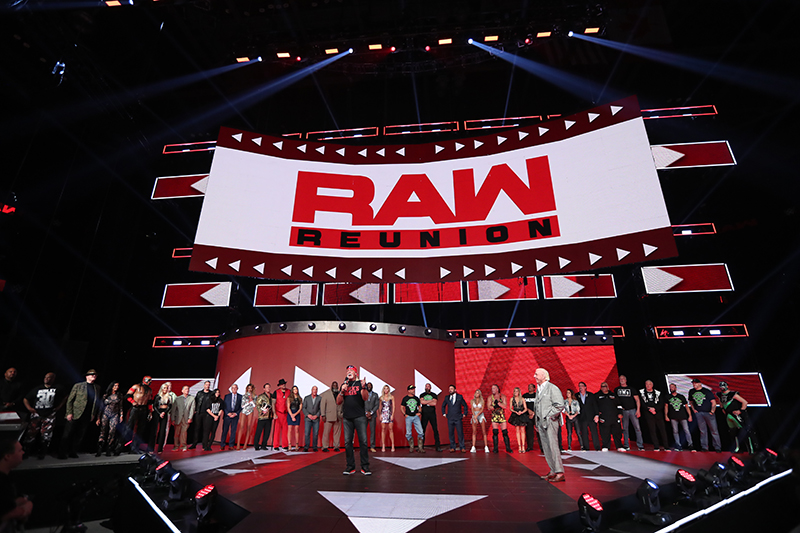 WWE promised to unveil new set designs for both RAW and SmackDown this week, and they are delivering them.

Up first will be the redesigned RAW set, as the new stage will be seen on tonight’s episode of RAW on the USA Network. WWE released a 30-second video showcasing the new stage and graphics. Shown off is the new titantron, and a pretty cool looking entrance stage for wrestlers to enter from.

EXCLUSIVE: Get a first look at the brand-new set for #RAW, premiering TONIGHT at 8/7 C on @USA_Network! pic.twitter.com/Sb39EvhYMu

Like it or are you disappointed? Let us know in the comments below.

RELATED: Get A Sneak Peek At RAW’s New Set, Io Shirai On The Latest Canvas 2 Canvas