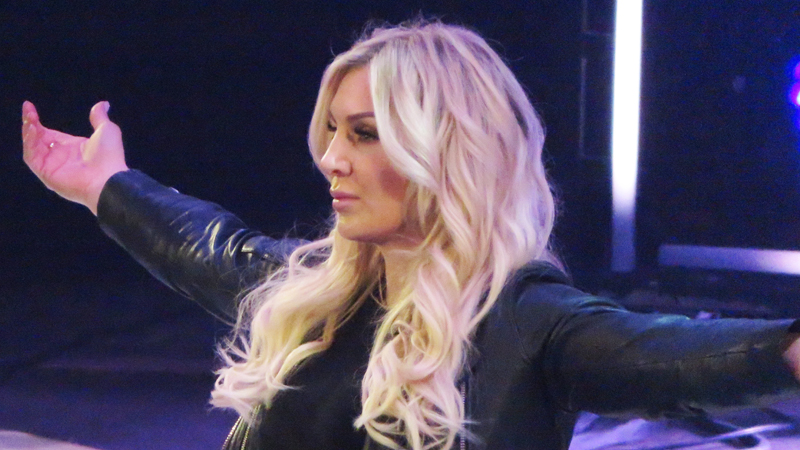 Though the champion defeated the Queen at WWE Clash of Champions, Flair defeated Bayley on the final episode of WWE Friday Night SmackDown before Sunday’s event. Flair gained momentum early on but Bayley took control. The champion slammed Flair’s leg into the ring apron. Bayley continued to target Flair’s leg and dominate the match. Flair persevered and attacked Bayley’s leg. Bayley blocked a moonsault but Flair slammed the champion on the floor. Bayley tried to use the ropes to gain leverage during a pin but the referee caught her. Flair locked in the Figure-8 to win her record tenth WWE Women’s Championship. Bayley fell to the ground and cried after the match.