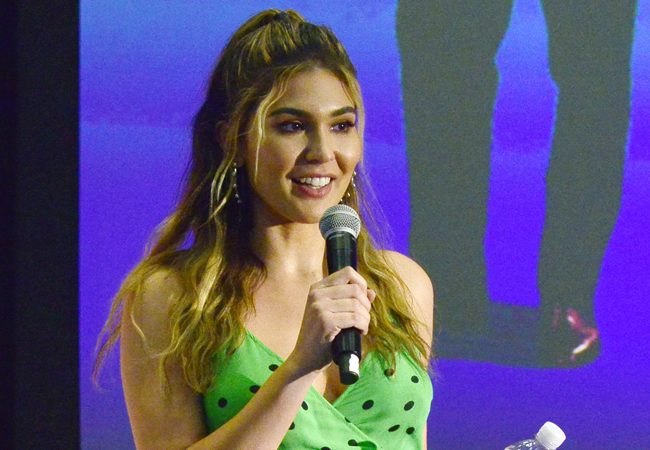 In a recent interview with Sports Illustrated, WWE backstage interviewer Cathy Kelley talks about why she fought so hard to go back to NXT when NXT moved over to the USA Network.

RELATED: Triple H On USA Network’s Reaction To NXT’s First Week Ratings, Not Wanting To Be Like RAW Or SmackDown

“My goal is to deliver interviews in as realistic a way as possible. I started with NXT, then became the first host of WWE Digital,” she began. “We were figuring out what worked on the fly, and I pushed to do more long-form interviews with the talent. But I really missed doing backstage interviews, so I really pushed to go back. I spoke about it with Joe Belcastro, who is the head writer for NXT, and he shot it up to Triple H.

She continued, “Look at the work of Tommaso Ciampa or Shayna Baszler. There is something magical about this roster. People were so excited to learn that we’d have a weekly [live] show. There is a different feel and a different pressure, but it’s a testament to all the work that has gone into NXT.”

Cathy also opens up about wanting to be a role model to young girls, and how her mother and Stephanie McMahon influence her.

“I want to be an example for young girls,” she revealed. My mom busted her butt to take care of me, and she also set an incredible example. She is a scientist and runs a research lab, as well as taught at a medical school, so she was crazy busy when I was growing up. She’s always been a strong female force, whether that meant working long hours or traveling for business trips and taking me with her. If I was sick, I would sleep in a sleeping bag underneath her desk. I was very lucky to grow up with her as my mother, and I’m really lucky to be surrounded by so many strong females at NXT, which has the strongest, most talented group of females in all of wrestling.

Continuing on about Stephanie, Cathy would praise her work ethic and the rise of women in wrestling.

“Steph McMahon has also really been a mentor to me, seeing everything she does is inspiring. It’s also inspiring to see so many women and girls coming to shows, too, as this has always been a male-dominated business.”

You can read the full interview here.