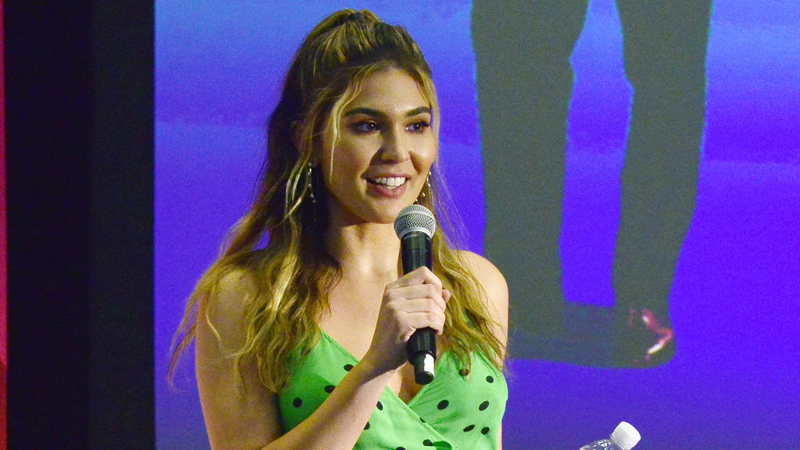 WWE interviewer Cathy Kelley showed off her pro wrestling prowess when she sent Heath Slater sailing into a wall of Skittles during last night’s Clash of Champions watch-along. Actually, it was Slater that did all the selling, but it’s a pretty neat moment to see the talent candidly interact with one another backstage. Clip is below:

Heath Slater tastes the rainbow as Cathy Kelley swings him into a wall of Skittles on WWE Watch Along.

Shinsuke Nakamura must have wanted to welcome some new champions into the SmackDown fold as he stepped in during Dash & Dawson’s Championship photoshoot. The Revival won the belts last night at Clash of Champions as Shinsuke won through nefarious means against the Miz in thanks to Sami Zayn.

The Intercontinental Champion made an unexpected cameo in The Revival’s SmackDown Tag Team Championship photoshoot.