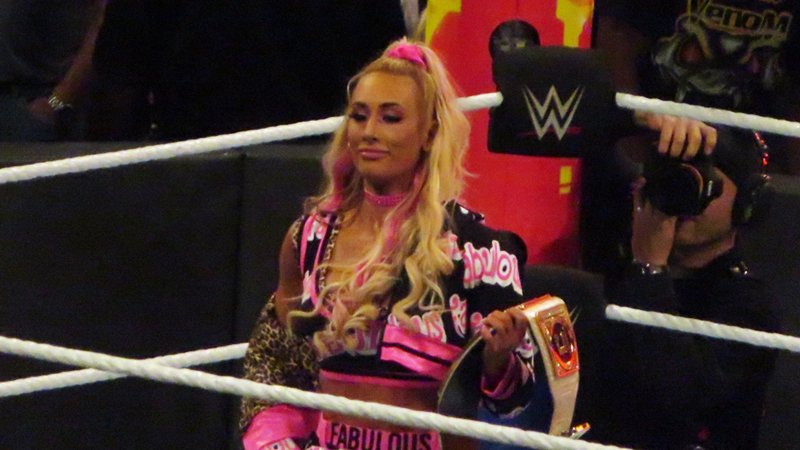 Charlotte Flair avoided taking another beating during Tuesday’s SmackDown Live, when Carmella saved her from an assault at the hands of Sasha Banks and Bayley. After an introduction from Migos’ Offset brought Flair out, a match between Flair and Banks took place, but was eventually called off due to disqualification thanks to Bayley interfering late in the match.

From there, both Banks and Bayley looked to take advantage of Flair being outnumbered, delivering a series of punches to the downed superstar. Thankfully for Flair, though, Carmella made her way to the ring, sliding in and disrupting things.

With Bayley looking on visibly shocked, Carmela delivered a swift kick to Banks’ head, before both she and Flair got Bayley and Banks out of the ring. What’s to come between the four superstars will be interesting to see, but it seems as if Carmella wasn’t happy watching Flair get assaulted.