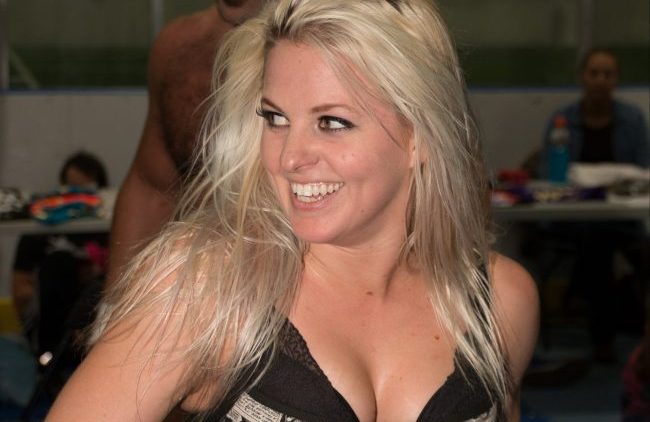 Candice LeRae opened up the very first television broadcasted NXT episode with a big win, taking down Mia Yim, Io Shirai, and Bianca Belair to become the next number one contender for the NXT Women’s Championship. After the match, she was still in shock that she won, and talked backstage about how big of a win it was.

Chris Jericho is no stranger to performing for tons of fans, but his latest appearance was to help out a fan, when he showed up on tonight’s episode of America’s Got Talent. Jericho showed up to help out Ryan Niemiller, a fan who was performing as a way to live up to his dream of becoming a professional wrestler. In the clip, Jericho showed Niemiller the ropes, including what it takes to talk some trash.