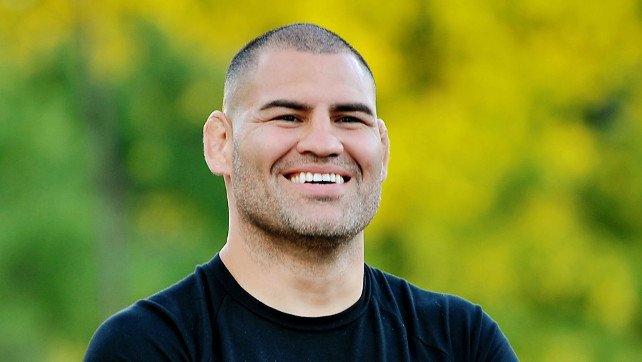 Cain Velasquez‘s professional wrestling career is off to a great start, as his team was victorious at AAA’s Invading NY event tonight.

Velasquez teamed with IMPACT Wrestling World Champion Brian Cage and Psycho Clown, and the trio beat Texano Jr. & Black Taurus & Rey Escorpion after Velasquez hit a springboard cutter (Lethal Injection) on Taurus for the win. Velasquez is now 2-0 in his wrestling career, also picking up a win at TripleMania XXVII last month in another six-man tag team match. (The team of Velasquez, Psycho Clown and Cody Rhodes defeated Killer Kross, Black Taurus, and Texano Jr. after Velasquez made Texano tap out to a kimura.)

Velasquez has caught the attention of a number of people in the wrestling world, including Killer Kross and Goldberg. Kross recently addressed Velasquez in a promo after being pulled from tonight’s AAA show, saying their confrontation will happen at some point, even if the date isn’t September 15. Goldberg also recently said he saw footage of Velasquez’s debut and was impressed, noting that he’d be very willing to wrestle the former MMA star and said “he’s got a lot of potential, and it’s really cool.”