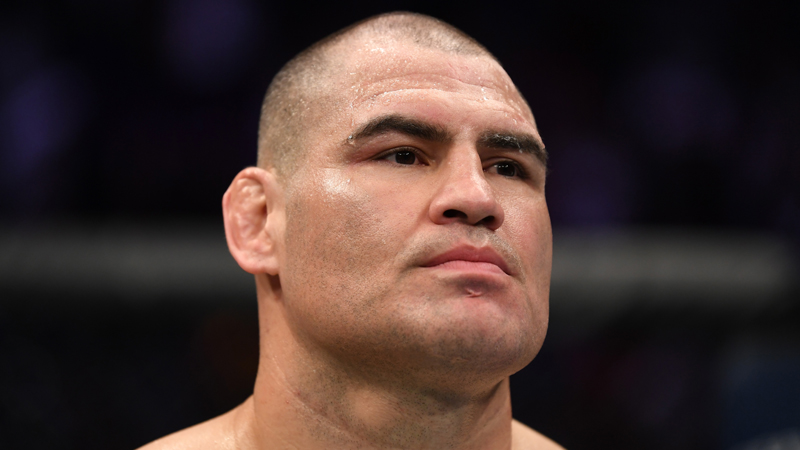 As reported by ESPN and confirmed by the man himself on stage at WWE’s Las Vegas press conference, Cain Velasquez is going full time in WWE. Velasquez is an accomplished MMA heavyweight, a two time champion in UFC and a legend of the sport. He’ll now go into Brock Lesnar‘s domain, signing a multi-year contract with WWE that starts in Saudi Arabia at WWE Crown Jewel. There, the two former MMA champions will clash for the first time since their time in the Octagon.

UFC has not commented on Cain’s retirement as of yet, but the former MMA star has been removed from the USDA drug-testing pool and the heavyweight rankings as of now. Cain last fought Brock Lesnar in UFC in 2010, defeating him by knockout to win the UFC Heavyweight Title. Cain has had two pro wrestling matches in AAA in August and September before signing with WWE.