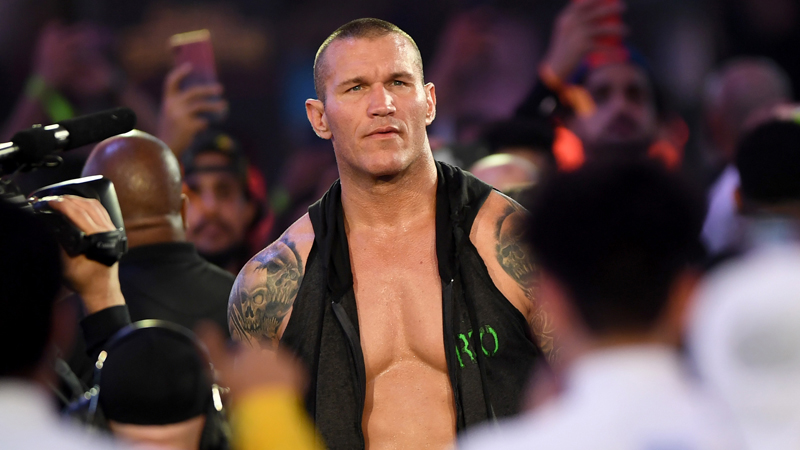 Randy Orton will take part in the 10-man tag team match occurring at tomorrow’s WWE Crown Jewel, and when he does, he’ll be going up against some fairly young talent in the WWE. After delivering a nasty RKO to Ricochet earlier this week on Monday Night RAW, Bully Ray and Mark Henry discussed the pair on SiriusXM’s Busted Open radio, and spoke about how Orton is one of the best when it comes to bringing out talent in young superstars.

“I’ve been saying for a long time, when it comes to Randy Orton, the problem is not Randy Orton,” Bully Ray said. “The problem is finding the right guy to compliment Randy Orton.” From there, Ray questioned whether or not Ricochet could become someone to have a good program with Orton, to which Henry thinks so.

“I think that it’ll have legs, I loved him and AJ Styles, but I think that this would even more,” he said. “Randy would bring Ricochet out of his shell, he’s going to have to, because if you’re in the ring Randy is going to talk about your mama, man, Randy don’t care. He will talk about your wife and kids, he’ll talk about ‘Oh, I saw you out there with that girl, is that your girlfriend or is that one of your side pieces?,’ Randy don’t care, he’ll bring it out of you.”

The two went on to discuss that while Orton is a great guy, he “doesn’t care” when it comes to the ring and performing, especially if you get him riled up. The duo also discussed how fans would not blame Orton if a program between the two went awry, but would instead blame Ricochet, which will test the young superstar.

Think @KingRicochet is still feeling the affects of that epic @RandyOrton RKO from Monday?@bullyray5150 & @TheMarkHenry on why The Viper can bring the best out of #RAW's best young talent 🐍👑#WWECrownJewel pic.twitter.com/xD6zIHOYNz