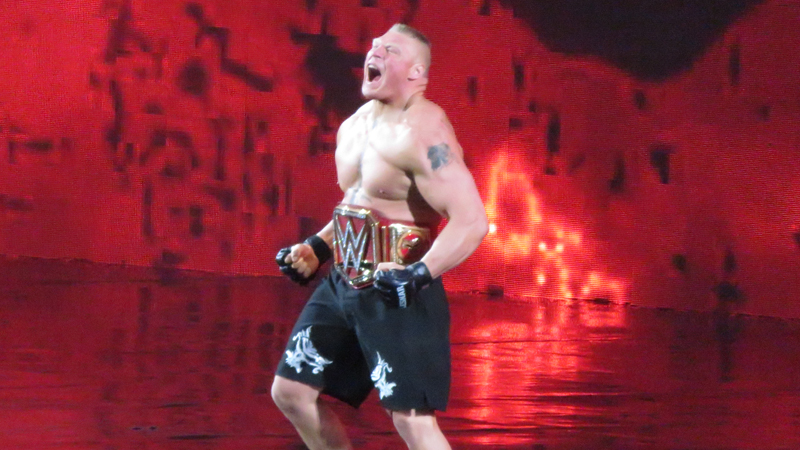 Brock Lesnar made a surprise return to SmackDown Live on Tuesday to issue a challenge to Kofi Kingston, and the two will be taking each other on for the WWE Championship on October 4, when SmackDown Live moves to FOX. On SiriusXM’s Busted Open radio, Bully Ray explained why he thinks that Brock Lesnar as WWE Champion makes the most sense for FOX.

David LaGreca went on to add that having Kofi beat Brock would cement Kingston as the face of the franchise going forward, but still thinks Lesnar will come away as the winner. “I gotta give you the honest answer from my gut, and I don’t think there’s any way Kofi Kingston wins. I think we’re gonna see Brock Lesnar with that WWE Championship title around his waist.”

Bully Ray went on to explain why, with SmackDown Live going to FOX, Lesnar being champion is best for business. “Brock is the guy, and since Brock is a WWE guy, and he’s a former UFC guy, Brock’s name is known by people who might not be wrestling fans,” he said. “There might be people out there, who not only don’t get cable, but are Brock fans from the UFC. Brock should bring a lot of eyes to this show on Friday, he’s the biggest name, and that’s why they’re going with him. And Brock as your champion is what’s best for business right now, with your show going to FOX.”

Last night, @BrockLesnar returned to #SDLive to challenge @TrueKofi for the #WWEChampionship on the Oct. 4th #FridayNightSmackDown debut on @FOXTV @davidlagreca1 & @bullyray5150 on why Brock makes the most sense as champion right now for FOX pic.twitter.com/7vKgXvW5X7