HomeNewsBrooklyn Brawler On Wrestling HBK In The Garden, How Bobby Heenan Inspired His Character 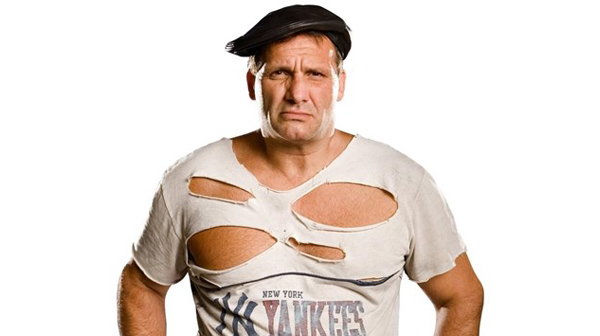 Steve Lombardi, better known as The Brooklyn Brawler, spoke with Wrestlezone’s Managing Editor Bill Pritchard in build for this weekend’s 80’s Wrestling Con 2 in Freehold, NJ. During the chat, Lombardi shared how Bobby Heenan came up with the Brawler persona for him and what a thrill it was for him to be part of the infamous ‘Heenan Family’ stable.

“One day Bobby Heenan approached me and he said to me, ‘I want to manage you. I want to give you the persona ‘The Brooklyn Brawler.’” He says, ‘I’m going to take you from the bottom and bring you all the way to the top.’ So I listened to everything he said. He even told me, you know, ‘Wear the torn up pants, wear the Yankees shirt,’ and Bobby Heenan was the hottest manager at that time. He was managing Andre The Giant, he had so many people—Rick Rude, Curt Hennig, I mean so many people he was managing and he’s putting me in this stable, could you imagine what that felt like?”

In addition to getting the signature persona, Lombardi was also known for breaking a lot of the younger guys into the WWF as being their first match, and Steve may have the most star-powered list of anybody in the business.

“I wrestled almost everyone. I had Dwayne Johnson, The Rock’s first match of his whole career in 1996 in Corpus Christi, TX which was a great thing to have, and then I had Mark Henry’s first match in the WWE. I had Bret Hart’s first match in the WWE. You know he had obviously wrestled in Calgary, but when he came into the WWE I wrestled him for the first time. Shawn Michaels—I wrestled him in Madison Square Garden with Triple H and Chyna on the outside for the World Heavyweight Championship, now that was a big accomplishment. I loved doing that, Shawn Michaels had a great match with me and I’m forever thankful to him for that.”

Lombardi elaborated on how much his Madison Square Garden match with HBK meant to him in his career and how Shawn went above and beyond at getting The Brawler over in his backyard. Brawler ended up picking up an unexpected victory in a September battle royal at the famed venue, which granted him a title shot against Michaels in the same building in November.

“I was proud of getting the chance and with Shawn Michaels kicking out on two-and-a-half, that’s how close I was to the World Championship. If you watch the match, you can see what he did. He [made me] look like I was the man in the ring. He did everything for me, even Triple H, he jumped on the apron and I nailed him, I took him down, Chyna, everyone. The match was really exciting. The whole family was at Madison Square Garden, but when I first started in the business, my dream was to be in Madison Square Garden, little did I know, I would be wrestling in Madison Square Garden over 50 times.”

Event info and the full audio interview can be found below:

Read More: Brian Blair On Why He Liked Working With Demolition, Importance Of Wrestling Psychology

Brooklyn Brawler is appearing at ‘80s Wrestling Con 2 this Saturday in Freehold, New Jersey. Several wrestling legends will be on hand for photo and autograph opportunities, along with several attractions that will make this a can’t miss ’80s Wrestling Fan Festival!

Attractions for 80’s Wrestling Con 2 include: