HomeNewsBritt Baker On Having Unfinished Business With Bea Priestley, Why Riho Might Surprise People On AEW Dynamite

Britt Baker On Having Unfinished Business With Bea Priestley, Why Riho Might Surprise People On AEW Dynamite

Britt Baker On Having Unfinished Business With Bea Priestley, Why Riho Might Surprise People On AEW Dynamite 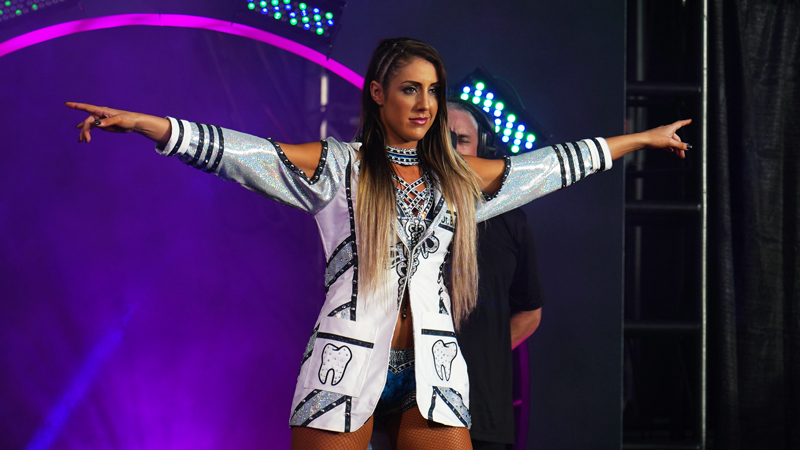 Britt Baker is prepared for her long-awaited showdown with Bea Priestley, and she’s geared up for a war.

Dr. Britt Baker D.M.D. recently spoke with Wrestlezone’s Kevin Kellam ahead of the AEW Dynamite premiere on TNT on October 2. Baker has been one of the focal points of AEW’s women’s division, but she’s not involved in the inaugural championship match that’s set for next week’s debut show due to Bea Priestley’s actions. Baker says she could have let previous issues with Priestley go, but Bea ended up taking a title shot from her and she says things are far from over.

“I could say that I would have possibly just washed my hands with it,” Baker said, “but then costing me my title match, my title shot opportunity—which, from day one, all eyes have been on me essentially—because I am one of the faces of the women’s division. And that opportunity, I was essentially cheated out of it because of Bea Priestley. So now it is a war.”

Baker has been linked with Priestley ever since she suffered a concussion suffered a concussion during their tag team match at AEW’s Fight For The Fallen earlier this summer. Baker revealed she had some vision problems during her recovery process, which not only was a setback in her wrestling career, but her dental career as well.

“My left eye—I lost peripheral vision for five days. The doctors, everyone kept telling me ‘it’s going to come back, it’s going to come back, this is going to be a recovery.’ People can tell you that every single day,” Baker said, “but until the vision actually comes back it’s hard to believe. It’s hard to stay optimistic because it’s terrifying. You need your vision and I especially need my vision to do dentistry as well and I missed some time off of work because of that injury as well.”

When asked about her mindset for when she finally gets in the ring with Priestley, Baker didn’t mince words and said the gloves are off and she’s gearing up for a fight. “Clearly this isn’t a clean fight anymore because she hasn’t fought clean since day one. The second she stepped into the ring, she gave me a concussion.” Baker said. “Her very first offensive move in an AEW ring was giving me a concussion. So, moving forward, I have this whole story just ingrained into my head.”

In addition to her own feud brewing in the women’s division, Baker spoke about one of the premiere matches set for next week’s show, the AEW Women’s Championship match between Nyla Rose and Riho. Baker says fans can look forward to a “David versus Goliath match” and while Nyla is a formidable opponent, Riho shouldn’t be discounted. “Riho is one of the fastest wrestlers I have ever seen. And she’s quick, she’s able to evade. And I think, if she’s able to stay out of harm’s way, harm being Nyla Rose,” Baker said, “she may have a shot at winning this. She might surprise a lot of fans.” Baker added that Riho is looked at as a supposed underdog, but that’s her pick to win the title, citing how Riho already pinned Nyla once at Fyter Fest.

Read More: Britt Baker On Expectations For AEW on TNT, Why AEW Was The Right Option For Her Dental Career