HomeNewsBreezango Do ‘Top Gun’ Cosplay, Team With ‘Swerve’ To Defeat The Forgotten Sons

Breezango Do ‘Top Gun’ Cosplay, Team With ‘Swerve’ To Defeat The Forgotten Sons

Breezango Do ‘Top Gun’ Cosplay, Team With ‘Swerve’ To Defeat The Forgotten Sons 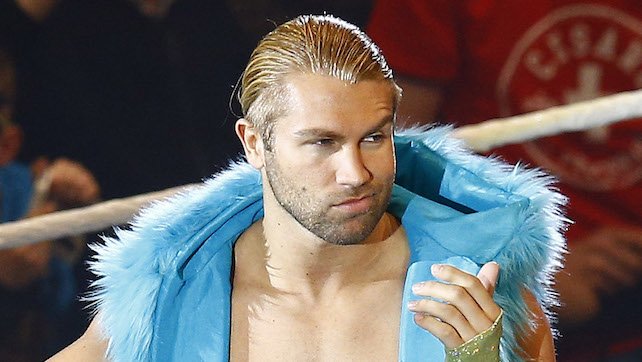 Breezango had a special entrance planned for tonight’s episode of NXT. The duo went all out in their costumes this time, sporting a Top Gun-themed look as they made their way into the ring. Complete with jackets, air traffic controllers, and the swagger of the characters themselves, the duo took part in a six-man tag team match with Isaiah “Swerve” Scott against The Forgotten Sons.

The match itself was a fairly standard one, with both teams going back-and-forth for most of the contest. However, once Scott got into the ring late in the match, it was all over, His special blend of athleticism and wrestling skill were too much, and he was able to roll away from a sunset flip and land a jumping kick to the back of the head of Wesley Blake for the victory.