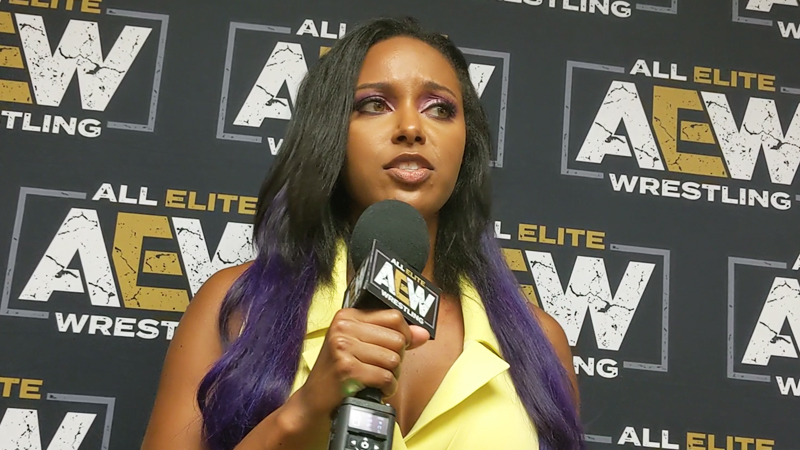 Brandi Rhodes recently spoke to Newsweek about the state of the All Elite Wrestling Women’s Division.

In the interview, she discusses how much she enjoys the inaugural women’s champion, Riho, “People will continue to be hooked because it was hard not to be connected to something on that show,” she said. “I loved what I saw from her the other night. I felt the wave of emotion, her fight. I wanted her to win by the end.”