HomeNewsBrandi Rhodes: AEW Has ‘About 16’ Women Signed To Roster, Including Surprises 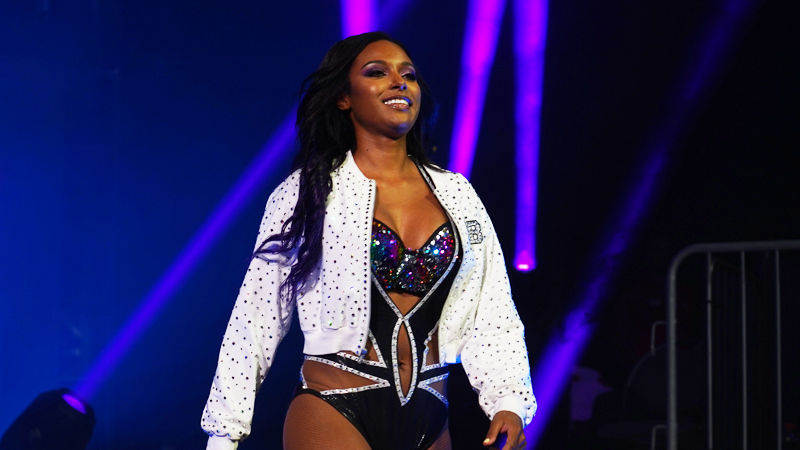 In a talk with TV Insider in preparation for AEW’s TV debut this coming week, Brandi Rhodes talked about how important it is for the company to have a strong women’s division.

The sky is the limit as far as the women’s division goes. We did have a ton of really great competitors in that Casino Battle Royale. I was really excited for and impressed with a lot of the girls. I think the fans were too. Just wait and see. You will probably see some of those involved in there again.

Brandi confirmed that AEW currently had around 16 different women under contract, and we haven’t seen all of them in an AEW ring as of yet. “You’re going to see in the first few weeks of TV a heavy focus on the familiar names. There will probably be some you haven’t seen before, but they were actually signed for some period of time. So, it’s going to be new to you, but we’ve been planning to use them for a long time.”

Brandi also talked about how she got Awesome Kong involved with All Elite Wrestling, and how their partnership has roots in their shared time in Florida Championship Wrestling. “There was a plan for her and I to work together. It was a big Dusty mind production, so it was going to be fantastic. Things changed for her and her plan and her career. It never got to happen, but I’ve always wanted to have my time with her and have moments with her.”