HomeNewsBooker T: ‘I Didn’t Want To Be In Any Stipulation Matches’

Booker T: ‘I Didn’t Want To Be In Any Stipulation Matches’

Booker T: ‘I Didn’t Want To Be In Any Stipulation Matches’ 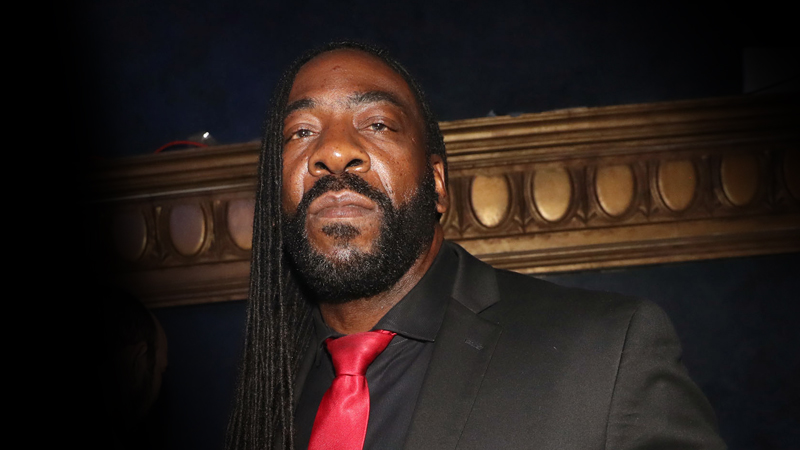 In a recent clip from Booker T’s “The Hall Of Fame” podcast on ESPN 97.5, the Five-Time (Five-Time, Five-Time) WCW Champion was asked as to what was his favorite stipulation match and his answer? He didn’t have one. Booker stated that he preferred not to have anything different inside or around the ropes and just have a good old fashioned one-on-one singles match with hopefully a title on the line:

“No joke, I tried to stay away from all of those stipulation matches. I didn’t want to be in any stipulation matches. That’s just a hard way to go out and stake your claim and find your way to the championship. It’s such a hard thing to go out there and do because you literally have to go out there and say ‘Man, I’m willing to do anything in this type of match to win,’ and for me man, I was afraid to jump off the cage. I watched that match with Kevin Owens and Shane McMahon and the stuff that they did inside that match with that ladder I think, ‘God man, that is so much pain to put your body through, man’ and for me I tried to stay away from stipulation matches. I just want to do inside the squared circle man, one-on-one, you against me and hopefully it was a title on the line and I could pick one more up for the ol’ mantle.”

You can watch the clip below (sucka):