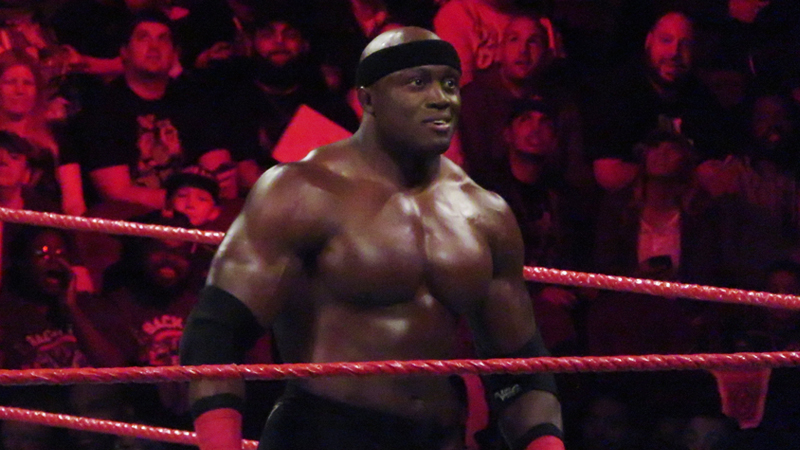 Bobby Lashley recently spoke to Uproxx about his recent return from injury. In it, he discusses stealing Rusev’s wife and Lio Rush becoming NXT Cruiserweight Champion.

On getting with Lana:

I’m the luckiest man in the world. Yeah, something awesome. Something new, something different. You know, with me, I’m not so big on social media. I’m not a big vocal person most of the time. I think they’re just trying to see different layers of me and… this is fun. I mean, Lana is … she is smoking.

I seen him. He actually can work. I’m interested. I’m interested to see. I’d like to get out there, meet Cain, he’s a super dude, man. I trained with him a couple times and, man, he’s an amazing dude, and I know that he’s putting in the time. Hopefully his body can hang up for the torture and I don’t know what kind of schedule they’re going to put him on. If he’s on the same schedule that we’re running right now, it might be a little challenging, but if he gets a little bit of easy schedule, I think he should be all right.

His reaction to Lio Rush going to NXT:

Man, it’s awesome man. I’m happy for him. I already gave him a call and hit him up and told him if he needs any help keeping that title, I’m a phone call away man. I think we got to do something, for him to have the title run and I not show up at all, that’s what we’re going to be missing the boat there. Hopefully I can get in there and maybe throw around some little guys and help him retain that title, because he helped me for an entire year, so I owe him one.

Check out the full interview for even more from the wrestling star.