HomeNewsBobby Lashley Returns To WWE, Makes Out With Lana In Front Of Rusev 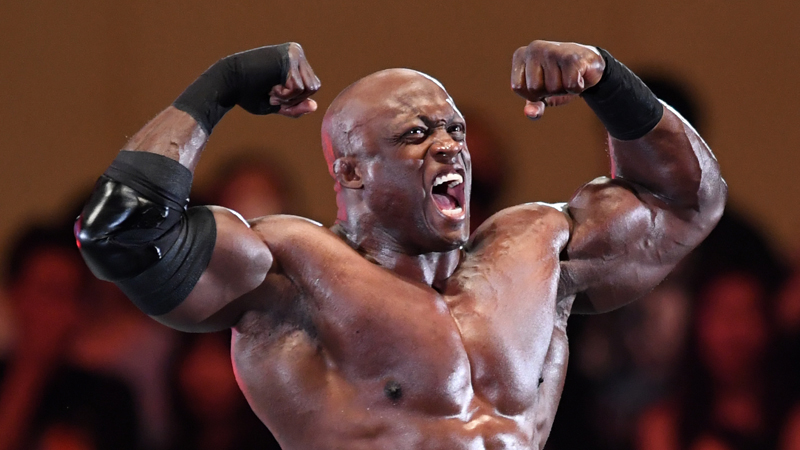 On the season premiere of WWE RAW, Seth Rollins was slated to defend his WWE Universal Championship against Rey Mysterio. After Brock Lesnar attacked Rey and his son Dominic, Rollins issued an open challenge. Rusev answered after he saved Seth from Randy Orton and King Baron Corbin earlier in the show. Corbin and Orton watched the match from the ramp.

Rusev and Rollins matched each other’s every move early on but the Bulgarian Brute tossed Rollins to earn some momentum. Rollins rallied and dropped Rusev with a blockbuster. Two dives to the outside turned the match in Rollins’ favor. A stiff kick to the head rocked Rollins and Rusev slammed him for a near fall. Rollins got a near fall after a Falcon Arrow. Rusev dodged a Curb Stomp and kicked Rollins in mid-air. Bobby Lashley came to the ring and Lana came with him. Lashley kissed Lana for a few minutes, which distracted Rusev. Then, the Fiend arrived and attacked Rollins. The Fiend put Rollins in the Mandible Claw to close the show.