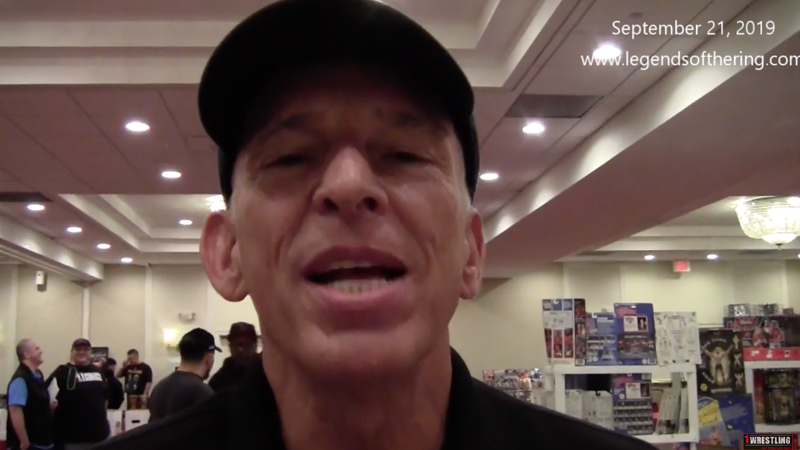 Bill Apter caught up with legendary ECW referee and manager Bill Alfonso while at the Legends Of The Ring event back in September and Bill asked “Fonzie” some questions regarding his relationship with Dusty Rhodes while working with him in Florida. He speaks on how Dusty felt like a father to him. Alfonso also gives his input on Dustin and Cody following in Dusty’s footsteps and he gives his input on the potential style of AEW.

Bill Alfonso on how he feels about Cody taking the reigns in AEW:

“I think Cody is doing great, following in his dad’s footsteps. Big new promotion, that’s all about Dusty. I think he’d be super proud of both of his kids, super proud. I’m sure they’ll be successful, hopefully. Hopefully, they give me a call, ‘daddy!'”

On how Dustin Rhodes keeps going:

“I’m not surprised about anything in our business, you know Bill? Things happen.”

On what he thinks the angle will be in AEW:

” think it’s good for the business because it’s going to create more jobs, gonna create more stuff for the wrestling fans to look at. They’re a little bit different market. You know Vince is the greatest of them all. Vince wants the doctor, [the doctor’s] wife and the two kids at ringside. So let’s see what AEW wants, you know what I mean? I think they’re a little more old school/new school mixed, kinda hardcore, they’re mixed with everything so I’m anxious to see what they got to offer or not. I think it’s gonna be great.”

Full video is below:

Taped at www.legendsofthering.com on September 21, 2019 legendary referee Bill Alfonso chats with Bill Apter about “The American Dream” Dusty Rhodes, what he’d think of his son Cody’s AEW aspirations and discusses being a referee and who is the best! Fonzie appears courtesy of ESS Promotions.