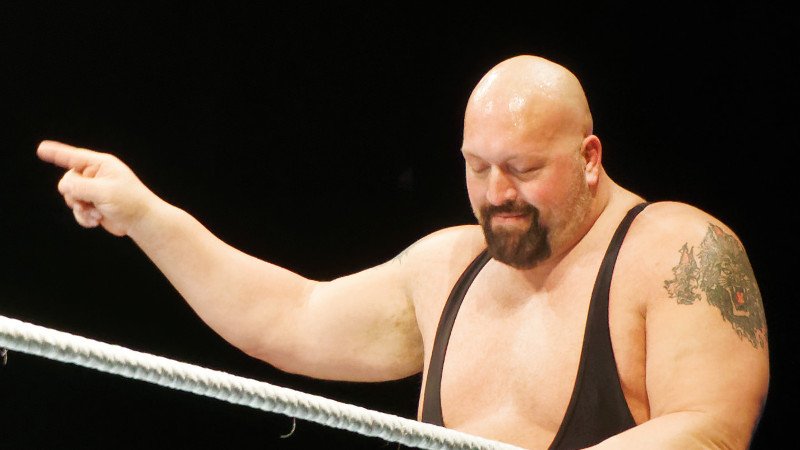 Through his extensive world travels with WWE, Big Show has collected a lifetime of unusual stories filled with unexplained natural occurrences, local enigmas and fascinating people. Big Show vs. The World: A Giant Abroad will follow the larger-than-life WWE Superstar as he travels back to these locations and indulges his lifelong passion for exploring the strange and unknown.

Each self-contained episode will feature Big Show venturing to a new exotic area, where he’ll team up with a local guide and dive head first into a native mystery or legend. Navigating the difficulty of travel (at seven feet tall) and the extreme, sometimes awkward situations he encounters with his signature self-deprecating sense of humor, Big Show will do whatever it takes to unearth every quirky and shocking detail during his adventures into the bizarre.

“Big Show brings so many different layers to a project like this; it’s a dream scenario for us as producers,” said Thinkfactory CEO Adam Reed. “He blends his fierce intelligence and curiosity with an unexpected, one-of-a-kind wit, and his intimidating physical stature is offset by his surprisingly disarming personality. We’re ecstatic to be working with him and the WWE Studios team and can’t wait for the journeys ahead.”

“For more than two decades, Big Show’s magnetic personality has inspired fans around the world, and in this new series, he will be able to meet the people and explore the places that have played a pivotal role in his journey as a WWE Superstar,” said Susan Levison, SVP and Head of WWE Studios. “We are thrilled to be bringing this show to life with our partners at Thinkfactory who are proven winners in the unscripted television genre.”

“I won’t guarantee we’ll solve every mystery, but we’ll explore every strange detail, chase every bizarre lead, and meet the incredible characters involved in pursuit of the truth,” said Big Show.

Big Show is represented by APA.

About WWE Studios
WWE Studios is WWE’s multi-platform content division that develops and produces scripted and non-scripted series, documentaries and feature films. WWE Studios recently produced the feature film Fighting with My Family in association with MGM and Seven Bucks Productions, and is currently producing The Main Event, a feature film for Netflix; The Big Show Show, a live-action comedy series for Netflix; and Fight Like a Girl, an unscripted series for Quibi. Recent projects also include Andre the Giant, an Emmy-nominated documentary in partnership with HBO, as well as hit shows Total Divas and Total Bellas on E! and Miz & Mrs. on USA.

About Thinkfactory Media
Thinkfactory Media, an ITV America company, creates high-quality entertainment content for an array of television networks and digital platforms. Run by CEO Adam Reed and based in Los Angeles, Thinkfactory is revered for its breadth of long-running unscripted franchises, with series and event specials including: the Marriage Boot Camp franchise, encompassing Family Edition and Hip Hop Edition, as well as Mama June: From Not to Hot and Million Dollar Matchmaker for WE tv; Gene Simmons Family Jewels, Dog and Beth: Fight of Their Lives and Rookies for A&E; Dogg After Dark, starring Snoop Dogg, for MTV; TV One’s Divas franchise, including Hollywood Divas, R&B Divas: Atlanta and R&B Divas: Los Angeles; Dead of Winter: The Donner Party for The Weather Channel; Married by Mom & Dad and Strange Love for TLC; and Spell-Mageddon for ABC Family, among many others. Thinkfactory has also produced an array of award-winning scripted series, including History’s Emmy® and Golden Globe®-winning mini-series Hatfields & McCoys, starring Kevin Costner and Bill Paxton. For more information on Thinkfactory and its projects visit www.ThinkfactoryMedia.com and follow them on Twitter at @TFactoryMedia.

About WWE
WWE, a publicly traded company (NYSE: WWE), is an integrated media organization and recognized leader in global entertainment. The company consists of a portfolio of businesses that create and deliver original content 52 weeks a year to a global audience. WWE is committed to family-friendly entertainment on its television programming, pay-per-view, digital media and publishing platforms. WWE programming reaches more than 800 million homes worldwide in 28 languages. The award-winning WWE Network is the first-ever 24/7 direct-to-consumer premium network that includes all live pay-per-views, scheduled programming and a massive video-on-demand library and is currently available in more than 180 countries. The company is headquartered in Stamford, Conn., with offices in New York, Los Angeles, London, Mexico City, Mumbai, Shanghai, Singapore, Dubai, Munich and Tokyo.