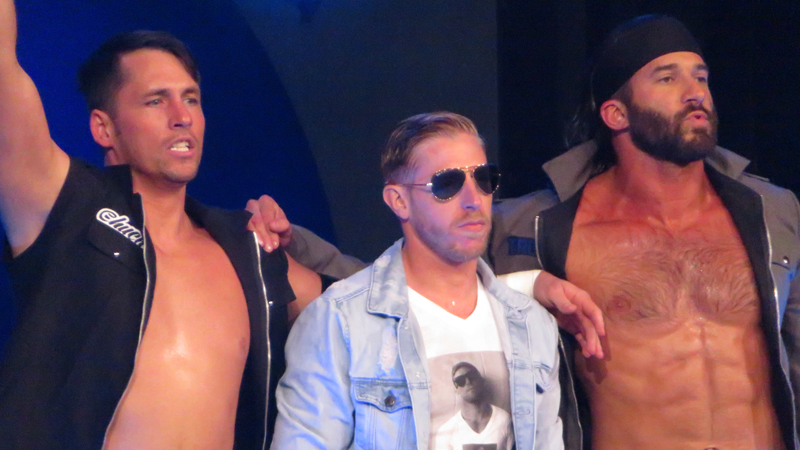 We were promised Rick and Morty, and that’s what we got at All Elite Wrestling. The Best Friends (and Orange Cassidy) dressed up like the popular cartoon characters before their six-man tag victory. Plus, Jim Ross said “wubba lubba dub dub.”

The main event of AEW Full Gear is now official.

A contract signing went down on the episode and Cody Rhodes signed without issue. When it was the champ’s turn to sign, he decided to tease an attack and told a tense Cody to sit down. After making it official, Jericho shook Cody’s hands but the challenger refused to let go. They had a tense staredown before Sammy Guevara appeared on the screen and Jake Hager was seen assaulting Dustin Rhodes outside. This forced Cody to run backstage. It appeared that Dustin suffered a broken arm after Hager slammed a car door on it.