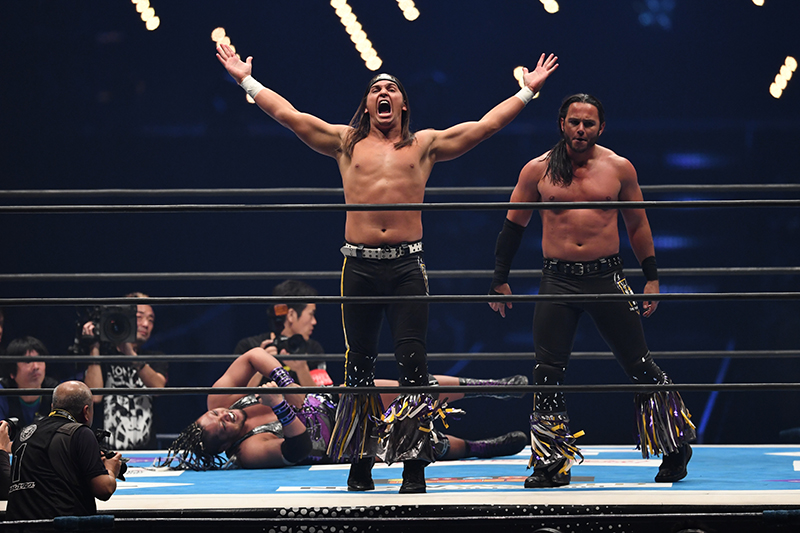 This week’s edition of Being The Elite was Triple H’s favorite because it was all about the shirts. We started off with a “Merch Freak” segment, where Nick Jackson did a card trick for Private Party which included an MJF scarf and the regurgitation of their card. We then proceeded to get a brief parody of the “Criss Angel Mindfreak” theme song. Mindfreak is a famous magic show which ran for four seasons in the late 2000s.

As always, we got some backstage shots and alternate angles from this week’s episode of Dynamite, including DDP and The Young Bucks in the Dusty position and a close-up shot of Jon Moxley’s entrance. In the halls, Cody Rhodes talked with “Hangman” Adam Page, reminding him that they’re all still in The Elite even if Hangman doesn’t have his own private office. Page wishes Cody well on his upcoming title match with Jericho, hoping that he has better luck against the AEW World Champion.

The final segment of the episode involves a long post-taping segment that included a few nods to past BTE episodes. Nick Jackson had to come out in the infamously low effort Young Bucks shirt and several other pieces of “best selling” merchandise. This devolved into Cody and The Bucks coming up with a new catchphrase and throwing out merch (and Cody’s tie) into the crowd.

For the complete experience, be sure to tune in at the embedded video below: