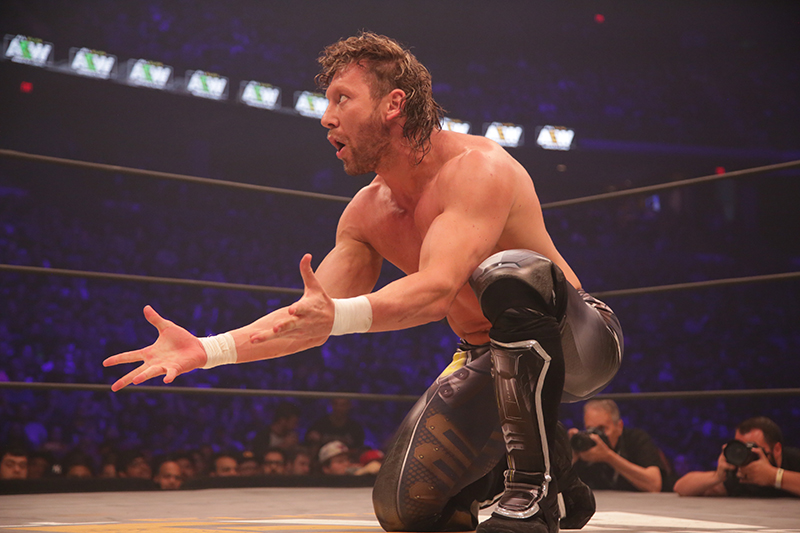 The highlight of this week’s Being The Elite comes in the BTE Mailbag segment, once again brought off the rails by Kenny Omega. After issuing a PR friendly apology for his comments regarding NXT this past week, Omega goes on a tirade when he thinks the cameras are off. He claims that NXT wrestlers don’t have a grasp on the business, saying that his prior comments were said in character. He even calls out and mocks “Donovan Dickhead” for reaching out to him directly, claiming that he’s just trying to get more TV time.

Other segments include Private Party broadcasting from a private party via Instagram. Amongst several “celebrity” comments, the duo gets asked about their upcoming match with The Young Bucks in Boston. They stated that they were 2019’s rendition of the team and that the Bucks have gone soft. They’re fine partying because they already have the advantage.

This leads directly into a segment where the Bucks ask Brandon Cutler about what’s changed over the years. When Brando mentions their falling PWI Power Rankings, their fattened wallets, and their lack of killer instinct, the duo storm off.

Other segments of the show involve SCU receiving a package from Jungle Boy and his crew and The Young Bucks contemplating some simplistic shirt designs. You can see the full episode of BTE in the video below: